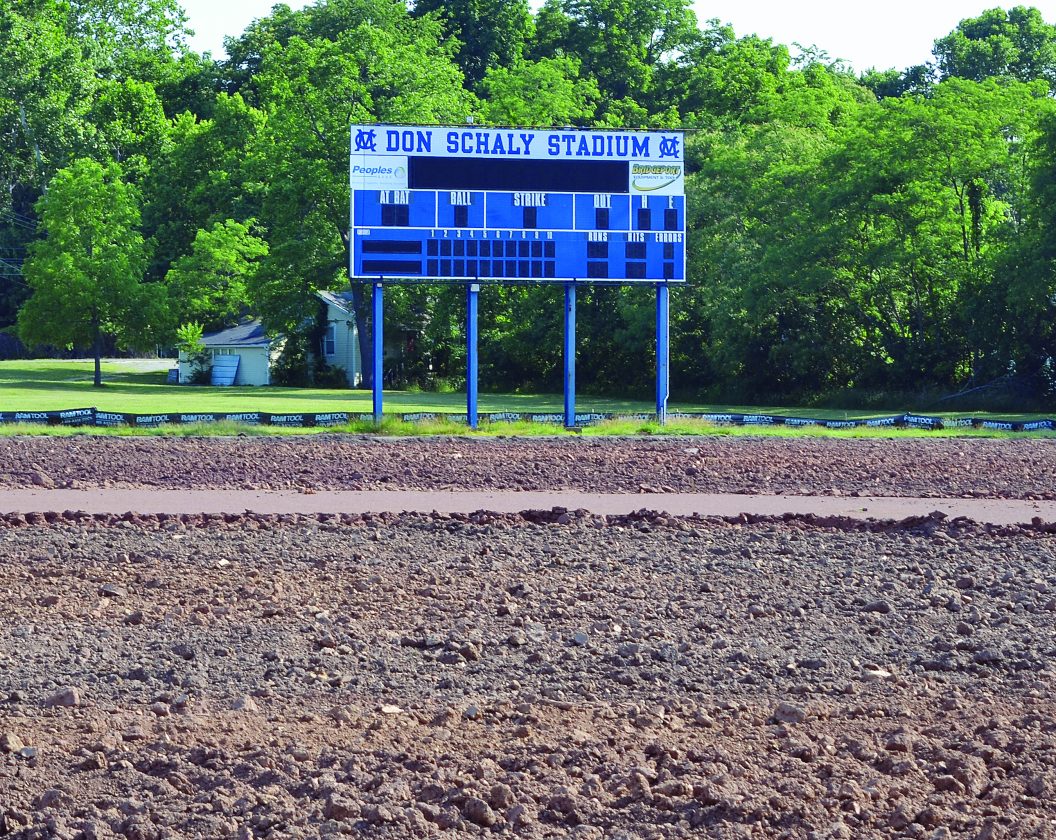 So is Isaac Huffman.

The two Marietta College baseball players will have to be patient, though, as Don Schaly Stadium is currently undergoing an extensive upgrade, thanks to The Spartan Foundation and Hap and Meg Esbenshade, and generous gifts from MC alumni and friends.

“I’m excited about the new new turf and other renovations that are happening at Don Schaly Stadium, and I know a bunch of the guys on the team are excited about it, too,” said the 21-year-old Danford, a Pioneer utility player. 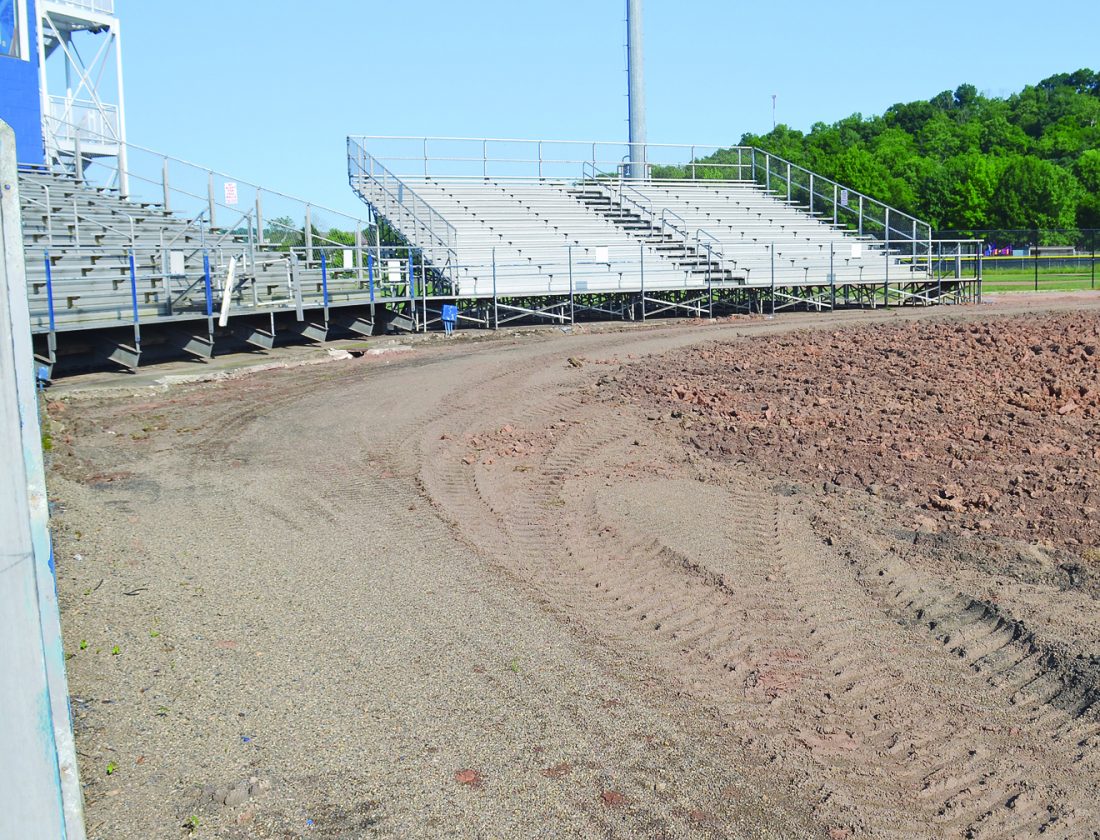 “I think that it’s something that will bring positivity to the college as well as the rest of the community,” he added. “I can’t wait to test it out.”

Huffman, who played his high school ball at Waterford, seconded that.

“I think it’s great for the program,” said the 20-year-old MC utility player. “It will help us out in many ways, and we are excited to have it.”

Renovations started about two weeks ago. About 15,000 cubic yards of dirt was brought in to raise portions of the field as much as three feet, to minimize the risk of flooding. Eventually, the installation of a Field/Turf DoublePlay system, which is also used by the Toronto Blue Jays, will cover the entire field.

“They (construction crew) pulled out the concrete,” said Chris Stout, the Don Schaly Stadium supervisor. “Then, they took out 6 to 12 inches of topsoil. Now, they’re in the leveling process and will be starting to bring in the fill and raise it up three or four feet.” 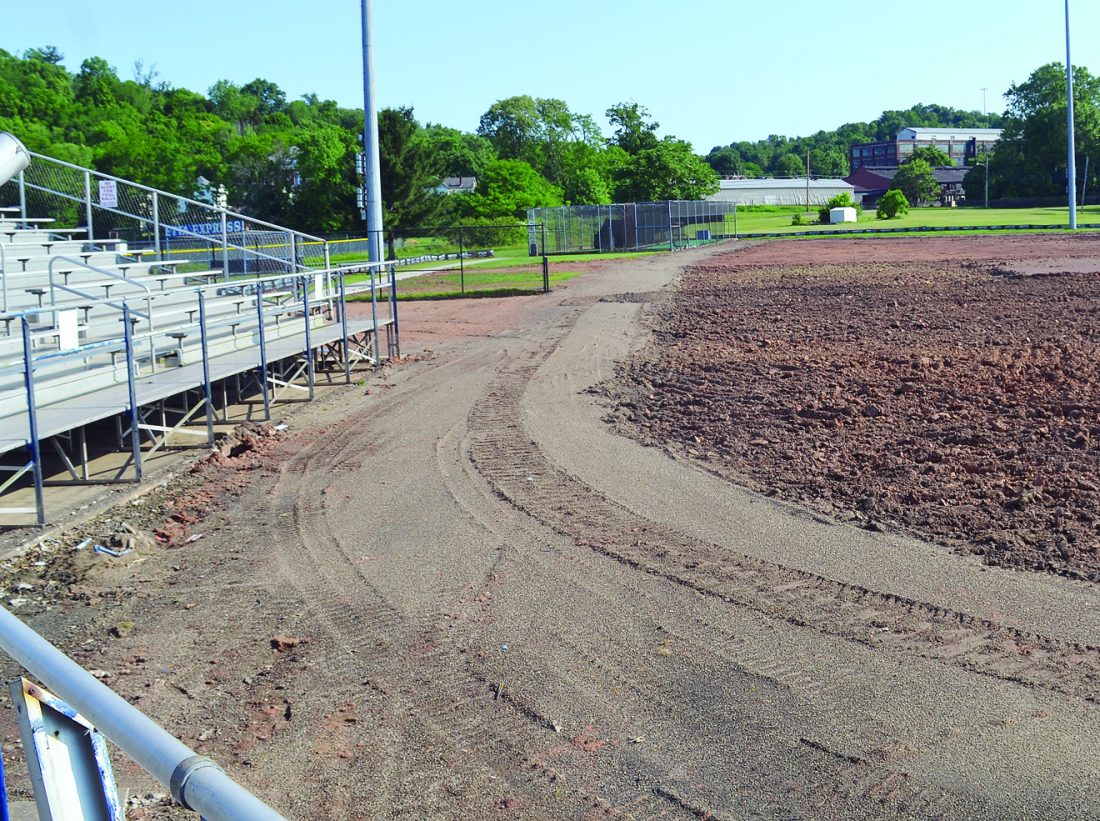 “It’s pretty impressive watching them do that,” he continued. “I think everyone here is excited about it. It’s going to be something else. A lot of people have come out to get a peek of it and they’re definitely impressed with what’s going on.”

Stout is also the pitching coach for the Brian Brewer-led Etta Express.

“Natural grass is always a favorite to play baseball on, but it usually means a wet spring,” Stout said. “So, with the artificial turf, you’re not going to miss hardly anything at all. It could pour all morning, but you’re going to get in every game you need to play that day.

“Now we won’t have to pull tarp or drain water off the field. The field’s going to be a little higher than what it is now. The artificial turf will have sand and rubber pellets underneath it, and it will absorb the water so much better than soil or clay could.” 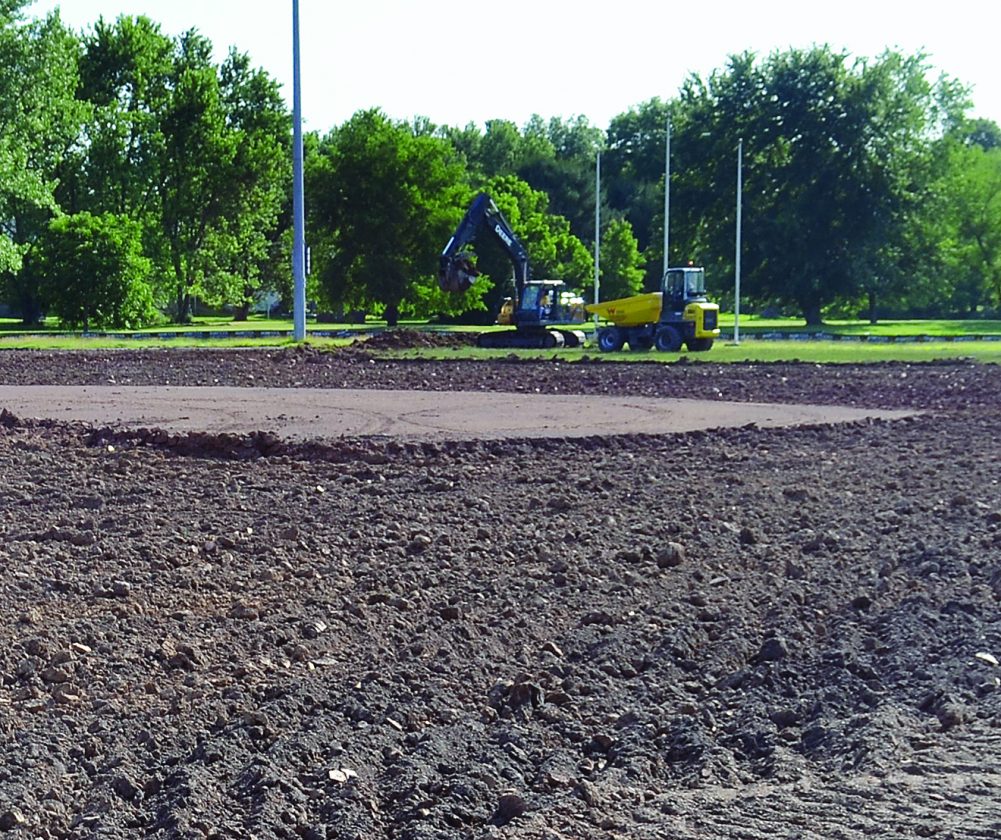 Before all is said and done, Don Schaly Stadium will also have new, step-down dugouts, a pole-less backstop with net and padding, and a new 8-foot outfield fence with center field moved in 10 feet to 400 feet.

“You’re not going to be able to beat it,” Stout said. “There’s no reason why we can’t get the best players in the country to play here.”