Sherwood dedicating Half to late sister 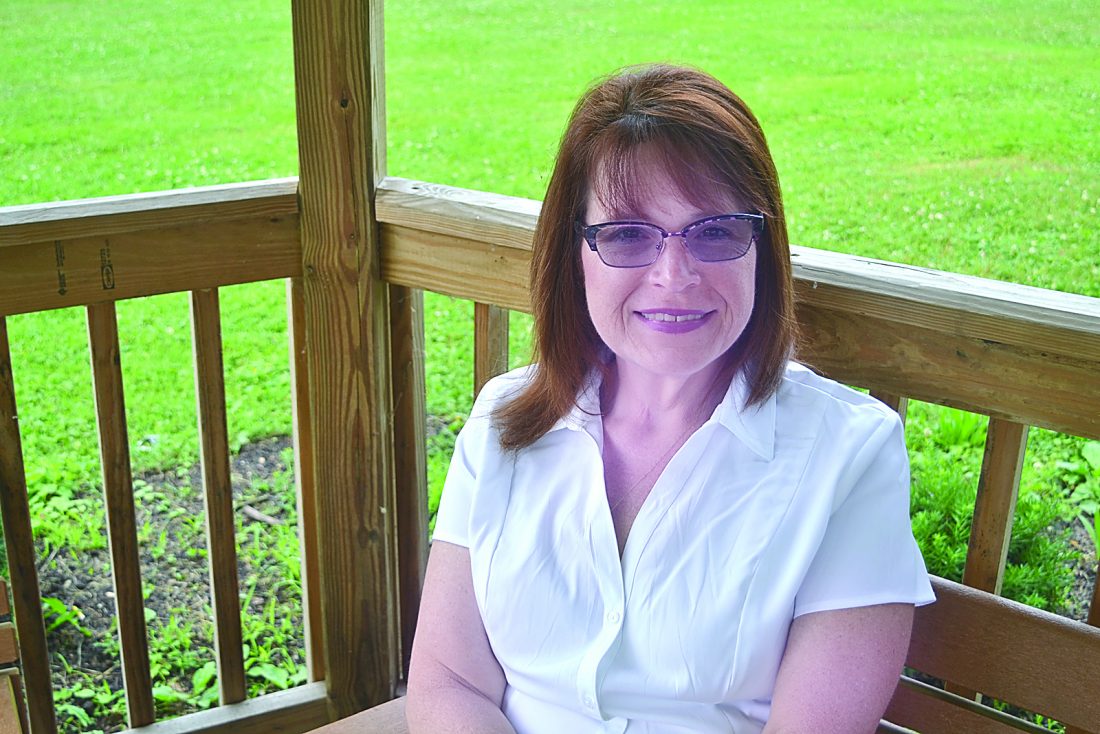 Photo by Ron Johnston Luinna Sherwood, who is walking her first News and Sentinel Half Marathon, is dedicating the race to her late sister Larene Johnson.

PARKERSBURG — Luinna Sherwood is up for the challenge.

After competing in the 2-mile walk in the Parkersburg New and Sentinel races in years past, the Washington, W.Va., resident is planning to walk the 13.1-mile distance on Aug. 17.

“This will be my first half marathon,” Sherwood said. “And we’re going to be walking it.”

When Sherwood says “we,’ she means herself and co-worker Michelle Buckner. Both are employed at the Bureau of Fiscal Service in Parkersburg.

“And, she’s instilled in me that I could do this, too.”

Sherwood, a 1985 Parkersburg South grad, has another reason for wanting to walk the Half distance this year.

“I very recently lost a sister to heart disease,” Sherwood said. “And I want to do this for her.”

Sherwood’s sister Larene “Sweet Pea” Johnson, a longtime RN in the Parkersburg area, passed away at the age of 46 on May 28.

“I’m going to have a shirt with her name on it in memory of her when I walk,” Sherwood said.

“I’m looking forward to the Half,” she continued.

“It’s something I want to mark off my bucket list.”

Sherwood is relatively new on the run/walk racing circuit.

At one time, she was a little overweight and was a single parent caring for a 7-year-old daughter.

“It’s been a 10-year journey, and I had to make some changes in my life,” Sherwood said.

“My husband had been in the West Virginia National Guard and had been deployed to Iraq. He came back 14 months later, and shortly after that had a massive heart attack. I thought I needed to be making some health changes if I was going to raise my daughter. So, I pretty much became an avid walker.”

About five years ago, Sherwood participated in her first running/walking event. Then, in the 2015 Parkersburg News and Sentinel 2-mile walk, she was first in her age-group in 26:48.

Last August, she covered the distance in 33:23.

“I recommend that everyone find a walking partner, someone you can laugh with and talk with.”

“It’s never too late to make a change for your health,” she said.

“I’ve learned that exercise is good and can be very enjoyable.”