Williamstown stays busy on the hardwood

Williamstown stays busy on the hardwood 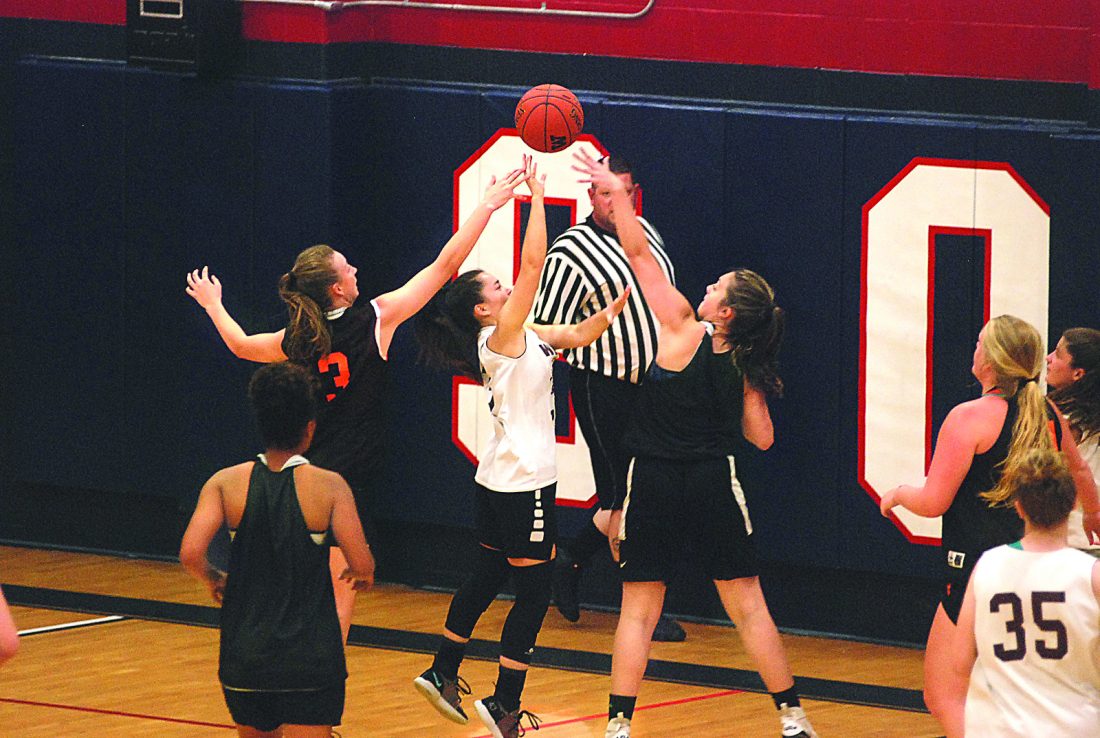 WILLIAMSTOWN — The father and son tandem of Fred and Scott Sauro are enjoying the summer three-week coaching period guiding the girls and boys basketball squads at Williamstown High School.

“We wrap up our summer league tournament at home Thursday,” said ‘Jacket boys head coach Scott Sauro, who much like his dad uses this time to do a lot of evaluation and assessment.

Both squads lost some key seniors from last winter, but the cupboard is far from bare for either.

“We will have six seniors,” Fred Sauro said of Taylor Newton, Kayli Sauro, Keely Alsup, Bryce Blair, Mara Rinehart and Brittney Hooper. “Keely is healthy finally. She had two years where she was off. Her freshman year she missed a lot of time. She got her eye hurt. 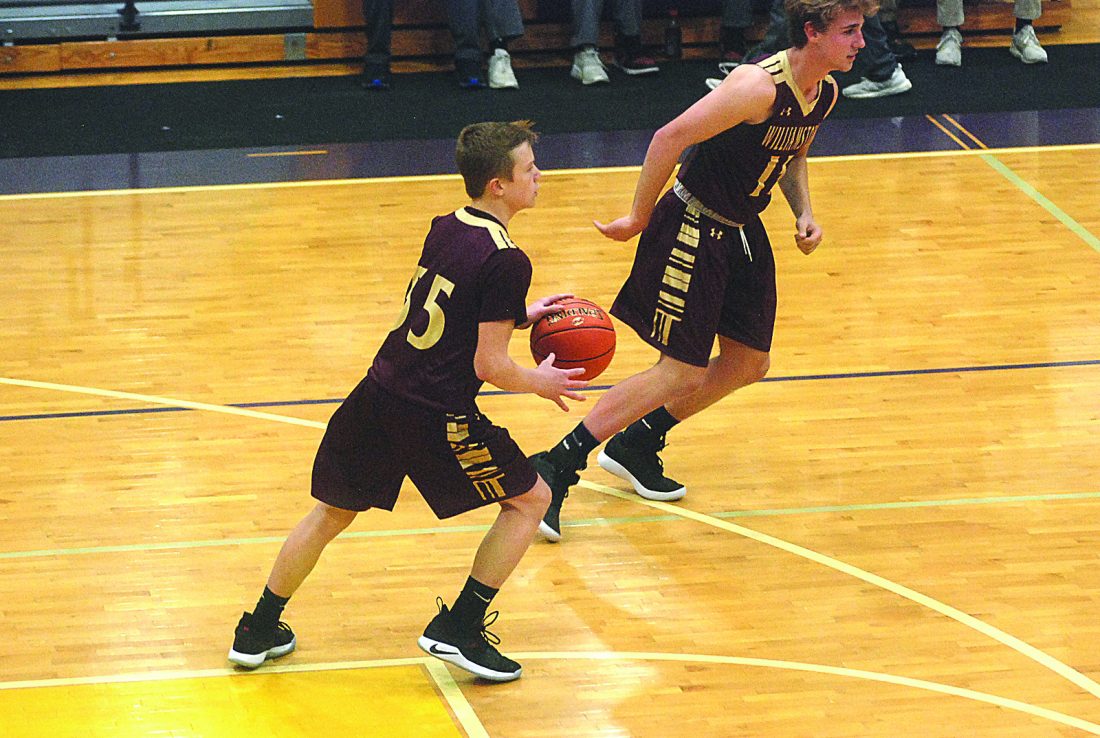 Photos by Jay W. Bennett Williamstown’s Garret Hill (55) and Baylor Haught (15), pictured here last season in a game at Wood County Christian, will be heavily relied upon this year for the Yellowjackets of head coach Scott Sauro.

“She only played three or four JV games. Last year she hurt her knee in the preseason in a fall league game over at South.

She just aggravated it and thought she just twisted it, but it was a PCL injury.

That injury kind of messed her up and that kept her out (last season).”

“Plus, we’ve gained Peyton Amrine from (Parkersburg) Catholic. He just enrolled last week,” noted Scott Sauro. ‘Jackets also picked up “Sam Cremeans from Wood County Christian. He’s going to be a nice addition. A 6-5 guard who can really shoot it.”

“We lost all of those big guys. We are like in munchkinville right now. That’s for sure.”

The girls coach also was impressed with his six incoming freshmen and that doesn’t count having players like junior Nicole Reynolds and sophomore Lakyn Joy back in the fold as well.

“We’re five months away from our season,” Fred Sauro stated. “This is time for assessment.

We can find out what we have, what the strengths of your team are and what our liabilities are and what we need to work on to get better.

“That’s what we use the three-week period for.

We show them how to get better, assess their skills, how they fit together and how maybe you can use that information in November.”

Last winter, the WHS girls were sectional runnner-up to Parkersburg Catholic and lost in the regional co-final at Huntington St. Joe.

The boys made the state tournament by winning the regional co-final at Tolsia and then were ousted in Charleston during the quarterfinals by Wheeling Central.

“They are all going to have to step up,” Scott Sauro said of his seniors along with juniors Xavier Caruthers, Baylor Haught, Garret Hill and Trey Landis.

“Diesel is playing the best basketball of his life right now. He’s being a leader for us and is an improved defender.

Eli Inman, you’re talking about a 6-4 guard now. We’re looking for big things from him. He can shoot from the perimeter, drive and is a terrific passer.

“Xavier, we think he’s one of the best shooters in the area. He’s a good one.

Baylor has started for us since he was a freshman and Garret is a really tough point guard.

A true point guard and a facilitator.”

Compared to the girls, the WHS boys have plenty of height.

“We have size all-around,” added Scott Sauro, who is hoping someone or more than one guy can turn into an elite defender like the graduated Boston Caruthers.

“That’s what we need.

“We don’t have a guy who is defending like him yet.

We need multiple guys to stop penetration. That’s really a point of emphasis for us right now.

By no means do we want to be a finished product in June.”

Jay W. Bennett can be reached at jbennett@newsandsentinel.com