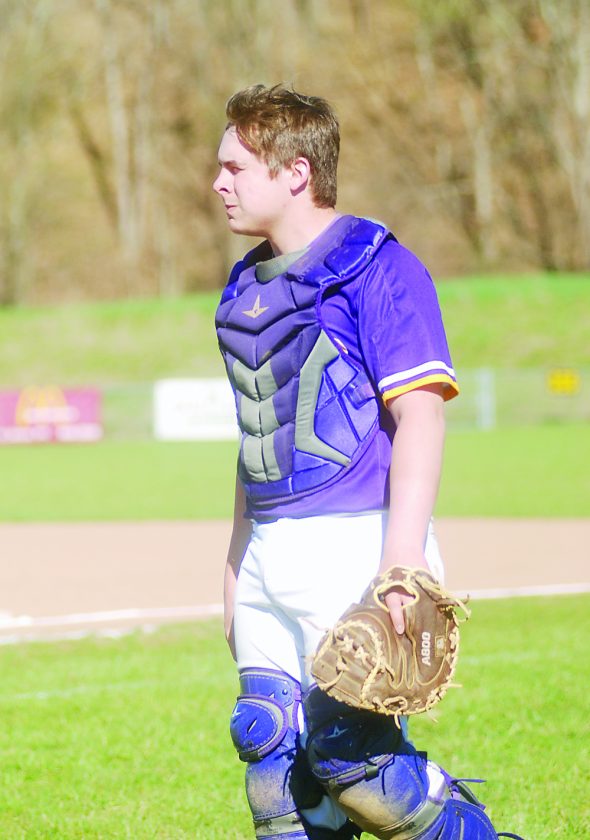 His Irish only had 11 players on the roster but for Jenkins, it was quality over quantity.

Together, the small group stormed its way to the state baseball tournament — turning heads along the way.

The journey did not go unnoticed as several players earned postseason accolades — none bigger than junior Lenny Washington.

Washington was named the captain of the all-state first team in Class A — his third straight appearance on the first team — as selected by the West Virginia Sports Writers Association.

“Lenny is a phenomenal kid,” Jenkins said. “It’s a once and a lifetime experience to coach and be around a kid like that. He’s gotten better maturity-wise. I can’t say enough about him.

“I’ve had coaches call me and see him practice and they think he is a JUCO kid. He is a diamond in the rough talent and I’d be surprised if he doesn’t get drafted right out of high school.”

Washington posted a 2.32 ERA with a 7-3 record and 80 strikeouts this season, but there was one performance that stood out from the rest.

“On the mound, we played Fairland. He threw a perfect game in five innings and only threw 58 pitches and 49 of them were strikes,” Jenkins said. “It was 85 degrees and when it’s above 70 degrees, he is a different animal.

“At the plate, he hit a ball at Dawson-Bryant this year that probably traveled well over 400 feet. The ball just sounds different when it comes off his bat. I can’t explain it.”

“Our saving grace to having 11 kids was that we had six solid pitchers,” Jenkins said. “Eplin was right there with Lenny. I was holding (Eplin) for the championship because Lenny was our big horse that got us here but (Moorefield) just put the bat on the ball.”

Senior J.T. Hensley of Sherman makes his second appearance on the first team with a microscopic 0.97 ERA, a 10-2 record and an eye-popping 159 strikeouts.

Joining Van Meter as the only other sophomore on the first team is Wheeling Central shortstop Avery Lee.

After being used as a pinch-runner in the state title game his freshman year, the young leadoff hitter made his presence felt this year. He batted .354 with a home run, 20 RBIs, 14 stolen bases and 36 runs.

“Last year we brought him up at the end because he played jayvee,” Wheeling Central coach Bo McConnaughy said. “I saw the potential in him right there.

“He is starting to show signs of leadership and he is a great kid. I think he’s going to be a helluva player.”

The second team in Class A is led by senior captain and outfielder Tank Smith of Buffalo. Charleston Catholic junior Parker Ross and Wahama senior David Hendrick earned the other outfield positions.