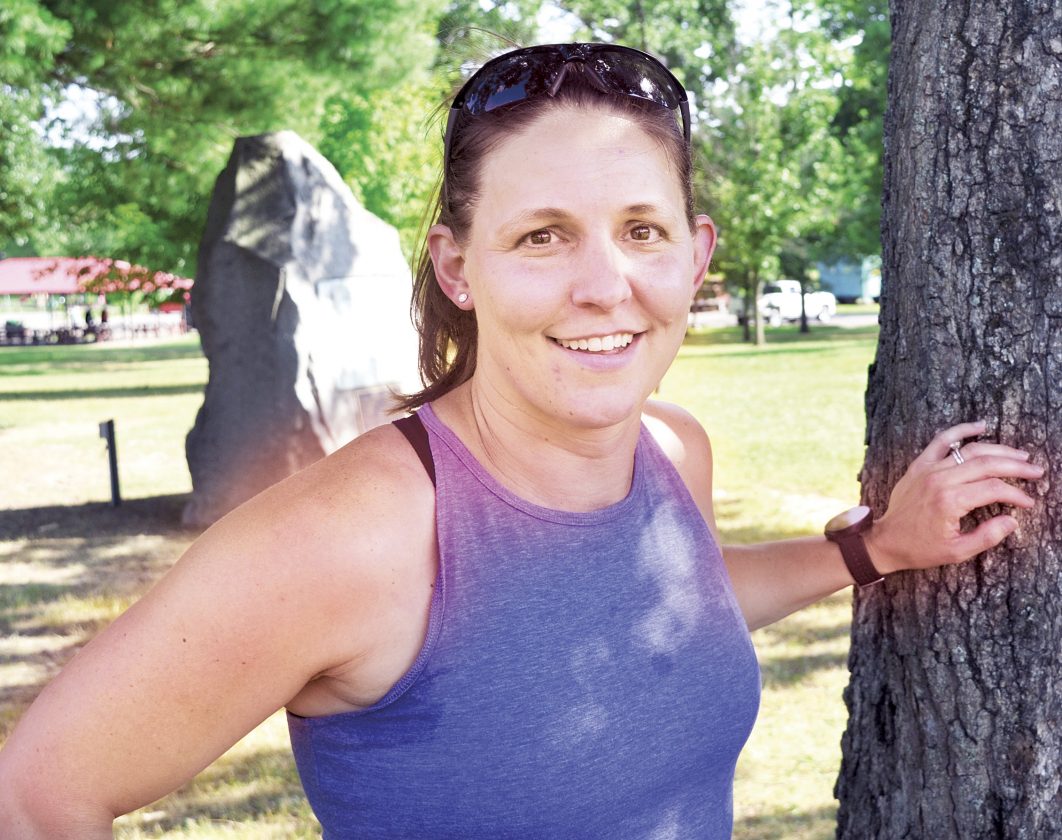 Photo by Ron Johnston Kim Nguyen is preparing for her seventh running of the News and Sentinel Half Marathon this summer. SHe has been close to a regular on the local running circuit to stay in shape.

Now, the 38-year-old mother of two runs the streets of Vienna and elsewhere in preparation for the Parkersburg News and Sentinel Half Marathon on Aug. 17.

This year, I just want to finish it under two hours.”

” I was just going to run the Half one time and then I got in with a group of friends and we’ve just kind of stuck together,” she added. Nguyen said that after her schooling, she started running.

“I just wanted to try to stay fit,” she recalled,

“and hang out with my friends.”

To maintain a competitive edge, Nguyen has been pretty much a regular on the local running circuit — and fared well.

During the last couple of months, she was 19th overall in 25:46 in the Mother’s Day 5K at Belpre’s Civitan Park.

Nguyen believes the River City Runners and Walkers Half Marathon Clinic on Mondays at 5:30 p.m. throughout the summer “is really valuable.”

“It’s good for the community here,” she added,

“because you get everybody together.

“The training is good, because it motivates you.

It (Half) is not an easy course, and it’s pretty hot out there.”

The rolling hills on the 13.1-mile distance course can also be very challenging.

“I don’t mind hills at all, but the 13th Street hill is a tough one because it’s at the end,” Nguyen said.

On this particular River City Runners training session (Week 6), a 10-mile southside loop from City Park to south Parkersburg, Nguyen was looking forward to seeing her 12-year-old son Brayden along the course.

“He’s at the water stop tonight handing out water,” Nguyen said. “He actually runs cross country at Jackson Middle School. He’ll probably do the 2-mile at the races.”