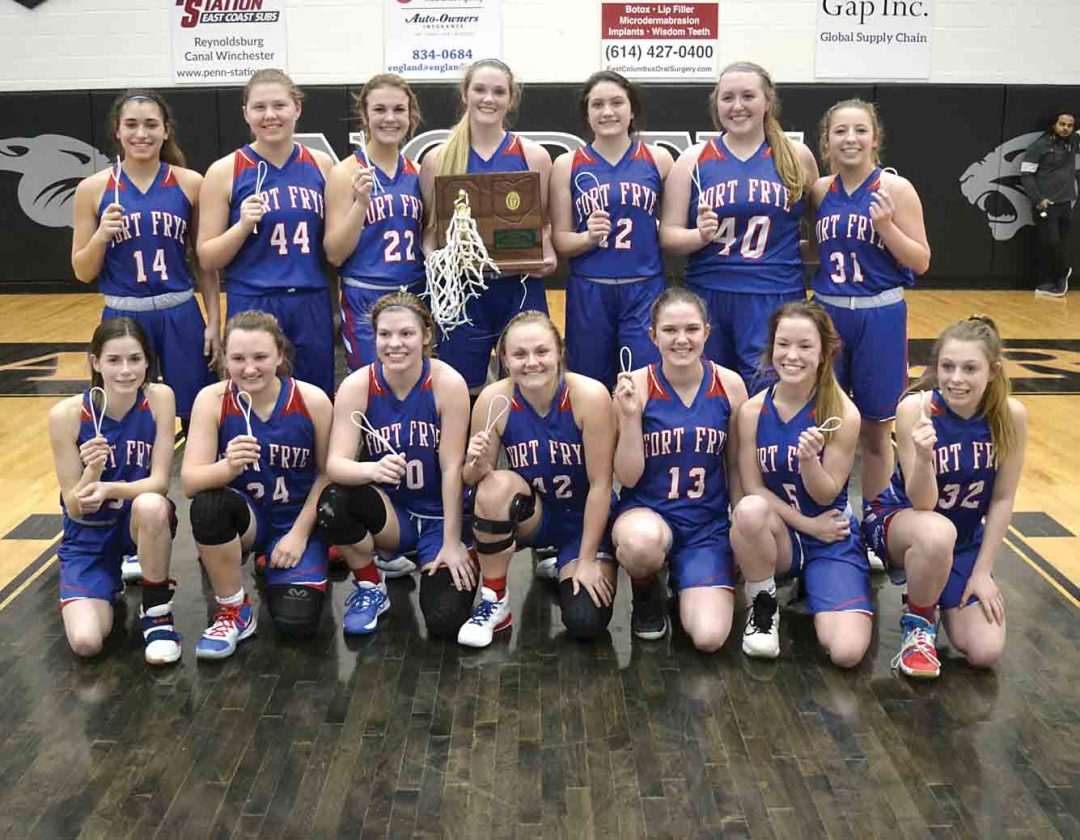 PICKERINGTON, Ohio — Dan Liedtke and the Fort Frye Cadets are going back to state.

The Cadets got 13 points from Lexie Huck, 12 from Kenzie Dalton, eight from Hannah Archer and seven from Kiersten Kesselring in a complete team effort to punch their ticket to the Final Four.

“There’s more to this than a lot of people think,” Liedtke said. “This has been like a four-year process we’ve been putting together to get here. These juniors, when they were in eighth grade, we took them to a summer camp with our varsity and JV team and it was the first time I got to see them play. We also took Hannah Archer (now a sophomore) with that group. I saw something special in them. It all really started then. As they progressed and came up through, I knew they were a special group. Our goal was always going to be this. We wanted to get there this year.”

Fort Frye (25-2) last earned a state berth in 2013, falling in the state semifinals to Africentric. The Cadets will take on Minster at 8 p.m. Thursday at St. John Arena, with hopes of moving on to the state championship game. 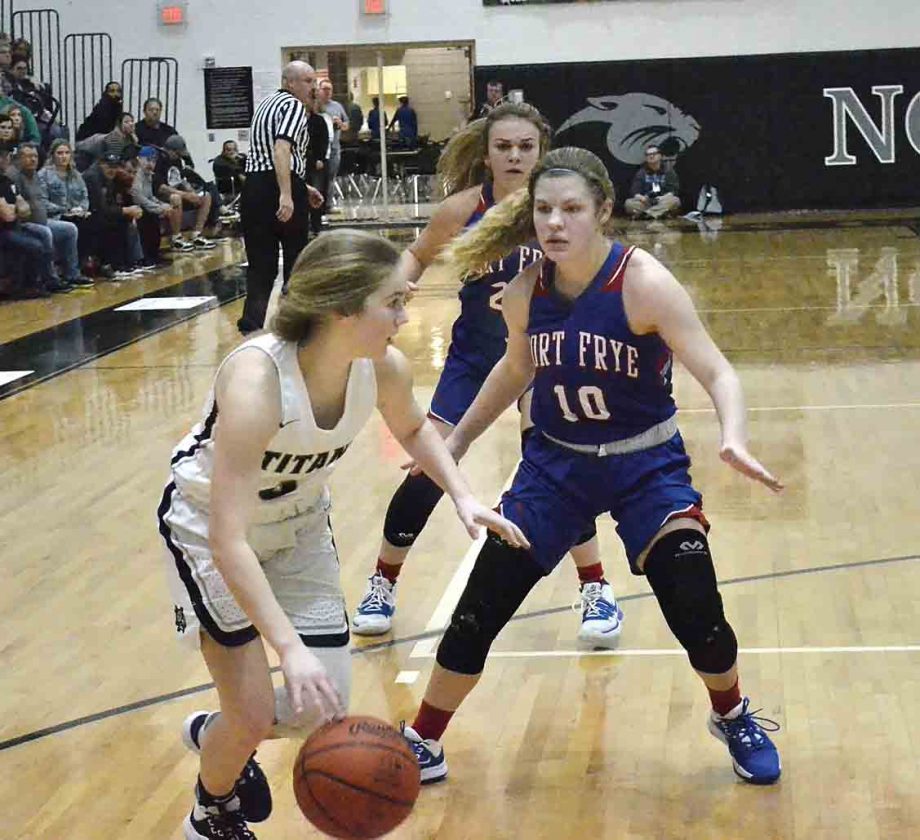 “It means I’m not done,” Kesselring said of going to state, “and I’m so excited for that. We came in here so determined not to be done. We showed ’em what we could do, beat the number-two team. That was huge for us.”

Kesselring got a wide open layup to open the game before back-to-back baskets by Notre Dame’s Taylor Schmidt and Claire Detwiller made it 4-2.

Ava Hassell then drained a pull-up 3-pointer to make it 7-2, but the Cadets closed the opening period on a 10-0 run. Dalton hit a jumper before Kesselring knocked down a 3, and then Huck made a layup and Archer banked in a 3 at the buzzer to put Fort up 12-7.

Huck stretched it to an eight-point lead with a triple to open the second. Baskets by Schmidt and Hassel, who led Notre Dame with 13 and 12 points, respectively, got the Titans within three, but Huck buried a deep trifecta with a minute left to give the Cadets a 20-14 halftime advantage.

Hassel’s basket to begin the third made it a four-point game. 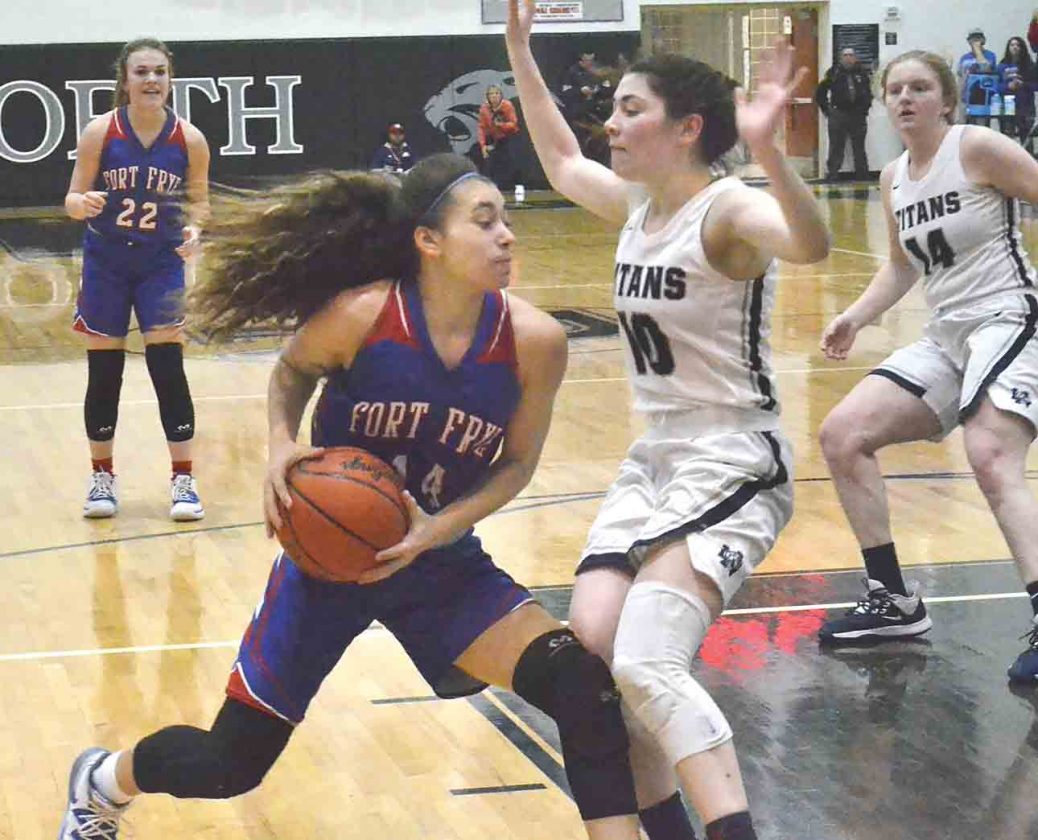 Hassel’s 3-point shot at the buzzer was rejected by Riley Medley to give the Cadets all the momentum going into the final eight minutes.

Notre Dame couldn’t put much of a dent in the lead as layups by Archer and Medley early in the fourth made it 35-20.

“Our defense was really on tonight.”

“We came in being the underdog,” Kesselring said. “So we didn’t really have anything to lose. We did it for our fan base, our coaches, our community. Just trying to make history.”