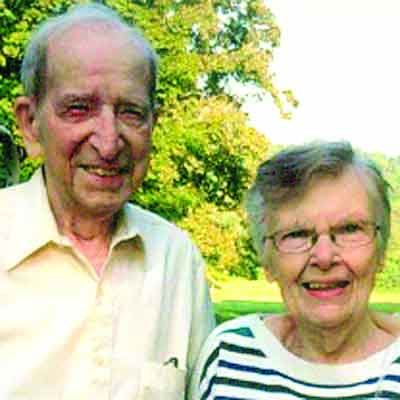 Ed and Alma were married on Sept. 6, 1948 at Our Lady of Mercy Catholic Church in Lowell. They were attended by the late Ray and Joanna McCreery Pitt. Edgar is a World War II veteran and retired from the Ohio Power Plant at Waterford. Alma is a retired homemaker.