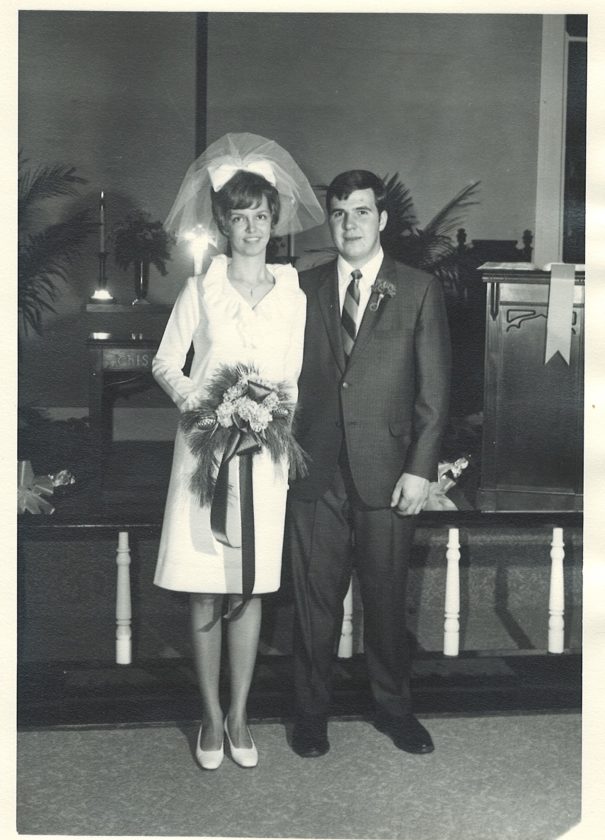 Bonnie and Jerry Witten of Lowell will celebrate their 50th wedding anniversary on Dec. 27. Bonnie Lou Sutherland and Jerry Wayne Witten were married at The Beverly United Methodist Church on Dec. 27, 1968.

As classmates at Fort Frye High School, they were not high school sweethearts but teasing rivals. However, the two began to date while both attending college in Columbus, Bonnie at Grant Hospital School of Nursing, and Jerry at The Ohio State University. It just so happened that in November of 1968 the Ohio State football team was headed to Pasadena to play in the Rose Bowl. Jerry would tell you that he wanted to go to the big game but needed someone to go with, so he proposed to Bonnie. After a short engagement and wedding, the two began their life together on a honeymoon to the Rose Bowl.

For the next 50 years this “town girl” turned farm-wife and her farmer would lead a very full life living and growing the family vegetable and cattle farm (The Witten Farm) and raising five children. Their children are Amy (Marvin) Holstine of Plainville, Indiana; Julie Witten of Lowell; Carrie (Andy) Makris of Trevo, Wisconsin; Tom (Lora) Witten of Lowell; and Scott (Melinda) Witten of Lowell. They enjoy being very involved in the lives of their 10 grandchildren. The couple are semi-retired from the farm now as it has been passed onto the third generation. While not always easy, their marriage is a true testament to that which can only come from strong values, hard work and faith in God.