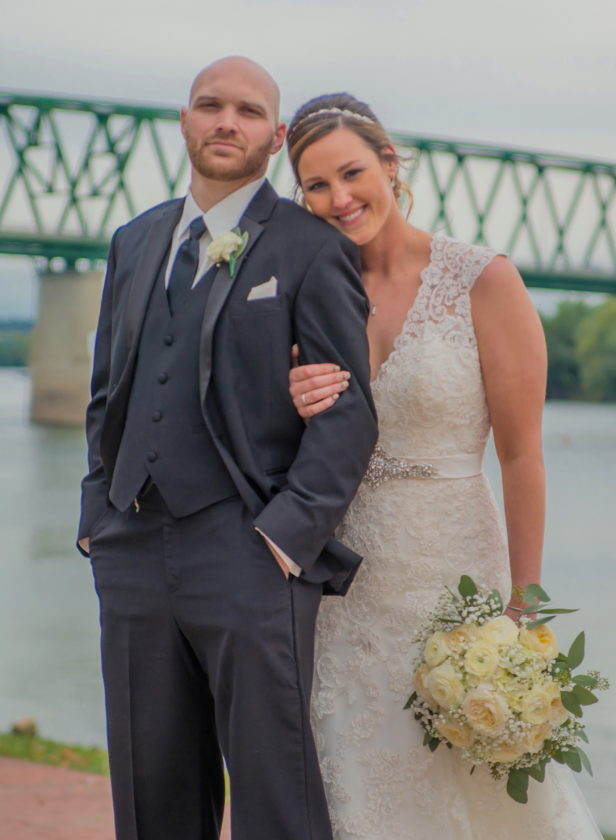 Ricci Elizabeth Davis, daughter of David and Cindy Davis of Marietta, and Matthew Evan Bailey, son of Edward and Audrey Bailey of The Woodlands, Texas, and Sally Bailey of Spring, Texas, were married Oct. 8, 2016.

The bride is the granddaughter of Thelma Davis of Bluffton, S.C., and the late Harold Davis of South Carolina and late Howard and Grace Strahler of Marietta.

The ceremony, officiated by family friend Judge Timothy Williams, was held on the grassy lawn by the pond at the home of Bonnie Bailey, grandmother of the groom, in Belle Valley. The venue floral decorations of baby’s breath and rose petals were designed by the groom’s stepmother, Audrey Bailey, and adorned a birch arch constructed by the groom.

Given in marriage by her father, the bride was attended by Maid of Honor Alycia Kime, friend of the bride, and Matron of Honor Brittany Huffman, cousin of the bride. Bridesmaids were Mackenzie Little, Katherine Tedesco, Raeanne Booth, Hailey Ellis, friends of the bride, and Shayla Davis, sister-in-law of the bride. The bride wore an ivory lace dress and her attendants wore long black convertible dresses.

Flower girls were Nora and Nevaeh Higgins, friends of the bride’s family. Nelli, fur-baby of the couple, served as ring-bearer and was attended by Hayley and Hannah Duff, cousins of the bride. Guests were registered by the Duffs and Breanna Lowe, cousin of the bride.

Following a meet and greet at the ceremony site, a reception, dinner and dance was held at the Lafayette Hotel in Marietta.