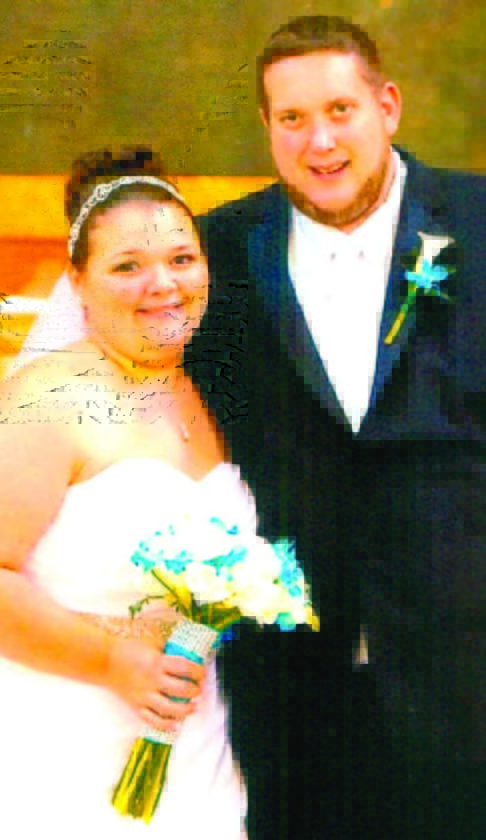 Nicole Noel Warrener and Nicolas Brian Jobe were united in marriage on June 25, 2016 in Cincinnati.

The bridegroom is the son of Brian and Lisa Jobe of Fort Mitchell, Ky., and the grandson of the late Richard Berling of Edgewood, Ky.

She is a 2010 graduate of Marietta High School and will graduate from Gateway College certified as an EMT Paramedic. She is currently employed at CEVA Logistics.

Nicolas graduated from Dixie High School in Kentucky in 2005 and is currently employed at CEVA Logistics.

The bride was escorted down the aisle by her grandfather, Larry Bates. She wore a white taffeta A-line ball gown with a sweet heart neckline, beaded belt and long train. She carried a bouquet of white roses and teal lilies. At the reception the bride changed into a short strapless satin teal dress with beaded belt.

Rachel Price, the bride’s sister, served as maid of honor. She wore a short halter sheer gray dress and carried a bouquet of white and teal roses. Bridesmaids were Kristen Buckshire, sister of the groom, Alyssa Manning, Courtney Berling, cousin of the groom, and Michelle Wilson. They wore a variety of short gray sheer dresses. Avery Price, niece of the bride, and Caitlyn Johnson, cousin of the groom, served as flower girls. They wore knitted gray dresses with teal tulle accented with a white belt.

A dinner and dancing reception followed by Receptions of Cincinnati. After a week cruise in the Caribbean the couple will reside in Fort Mitchell, Ky.