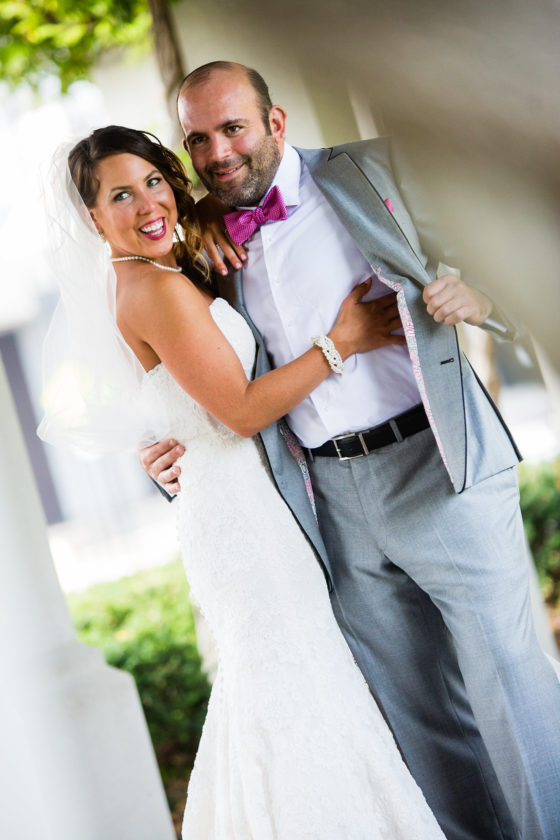 Carrie Brammer and Brian Crecco were married Sept. 24, 2016 in a Catholic Mass celebration. The ceremony was celebrated at The Church of the Resurrection in Cincinnati with Deacon Royce Winters and Father David Lemkuhl officiating. Peg Johnson (bride’s aunt) and Anthony Sklanka (groom’s uncle) participated in the Mass by reading the first and second gospel readings as well as Kurt Froehlich (bride’s uncle) by reading the Prayer of the Faithful. The gifts were presented by Kevin Drea (brother-in-law of groom), Amanda Brammer (sister-in-law of bride) and Hesham Khalifa (brother-in-law of bride).

The bride is the daughter of Jeffery and Kathryn Brammer of Marietta. The groom is the son of Louis and Ann Marie Crecco of Scranton, Pa.

The Catholic ceremony was attended by nearly 200 guests from across the country who traveled from 19 different states. Following the ceremony, family and friends enjoyed cocktail hour, dinner and dancing at The National Underground Railroad Museum in downtown Cincinnati.

The bride graduated from Marietta High School in 2000, received a bachelor of art from The Ohio State University in 2003, and a master’s from Fisher College of Business at The Ohio State University in 2005. She works as a talent management consultant in the oil and gas industry. The groom graduated from Bishop Hannan High School in 1996 and received a Bachelor of Science in Business from Saint Joseph’s University in 2000. He works in real estate development and construction and is senior vice president at Capital Investment Group.

The couple honeymooned in London, South Africa and Mozambique before returning home to Cincinnati.