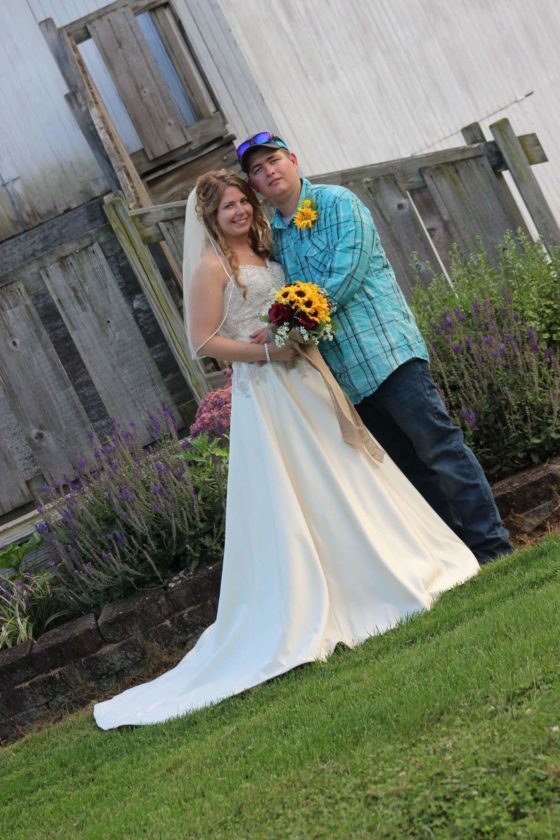 The bride is the daughter of Gary and Sue Thomas of Marietta. The groom is the son of Matthew and Kristi Starkey of Bartlett and Kelly and Wes Jester of Vincent.

The couple resides in Whipple with their two dogs, Oliver and Ladybird.