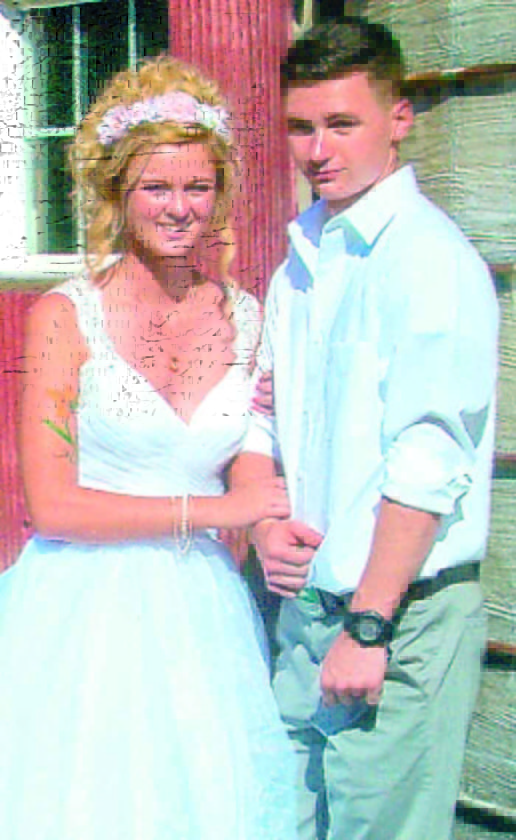 Faith Waits became the bride of Bradly Erickson on July 2, 2017 at Skyview Acres in Athens County.

The barn-style wedding took place in an area that has family ties from the bride’s side of the family, back to her great-great-grandparents, Maude and Eldon Kasler.

The ceremony and reception was held on a beautiful, but very hot day and was attended by over 100 family members and friends.

The bride was escorted down the aisle by her father for the double-ring ceremony. Instead of a unity candle, the couple chose to do combining of sand. They lit a special candle in memory of the bride’s grandfather, James Kistler, and her great-great-grandmother, Maude Kasler.

Serving as maid of honor was Emily Dulaney.

Bridesmaids were Audri Waits, sister of the bride, Macee Lemon, Hanna Snyder and Cira Myers. Junior bridesmaid was Ellie Parsons, cousin of the bride. Flower girls were Massey Parsons and Kayson Cunningham, cousins of the bride.

The groom had Aidan Lauerenti serve as his best man. Groomsmen were Kaleb Waits, brother of the bride, Flint Spears and Hunter Stoltz.

Ring bearers were Ryder Parsons, cousins of the bride, and Henry Stephens, cousin of the groom.

The groom’s mother hosted a rehearsal luncheon on Saturday, July 1, 2017 at a farm in Chesterhill, where everyone enjoyed lunch, games and swimming.

The couple have made their home in Clarksville, Tenn., where Bradly is currently stationed at Fort Campbell.