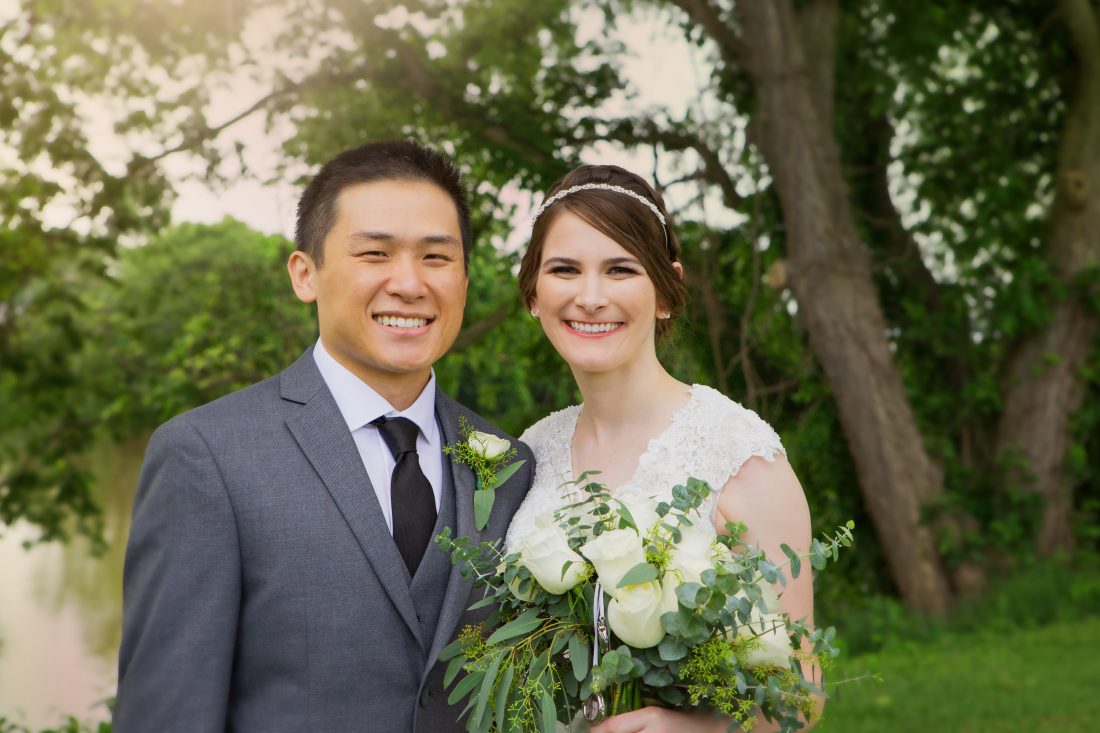 Aubrey Lyn Cole and Ren-Shuoh (Emory) Kuo were united in marriage on May 31 in an outdoor ceremony at the Marietta Shrine Club in Marietta. The ceremony was officiated by Pastor John Watkins. The bride is the daughter of Kevin H. Cole and Tracy R. Cole of Vincent. She is the granddaughter of Marilyn R. Tilton and the late James T. Tilton, Jr. of New Matamoras, and Dorothy J. Cole and the late Leslie M. Cole of Belpre. The groom is the son of Chih-Yen Kuo and Huai-Hsuan (Carol) Wu of Houston, Texas. He is the grandson of the late Qingzhong and Wenyin-Lee Kuo and the late Tinghui and Lianzhi Yang-Wu.

The bride wore an ivory, illusion deep plunge neckline, lace trumpet dress with cap sleeves. The dress was hand-beaded and had a cascading flutter chapel length train. She carried a hand-tied bouquet of white roses and seeded eucalyptus. The bride’s bouquet contained two silver lockets with pictures of her maternal and paternal grandfathers.

Given in marriage by her father, the bride was attended by Hannah Warren as her maid of honor and Jessica Sauer as her bridesmaid. The groom was accompanied by Amanda Deal as his best woman and David Porianda as his groomsman.

The bride is a 2009 graduate of Warren Local High School. She is a 2016 graduate of Ohio University with a Bachelor of Science in Nursing. The groom graduated from State University of New York at Stony Brook in 2008 with a Bachelor of Engineering. He is a 2011 graduate of Northwestern University with a Master of Science in Neurobiology and Physiology. He went on to graduate from Philadelphia College of Osteopathic Medicine in 2016. He recently graduated from residency at WVU Medicine Camden Clark Medical Center. He is now employed at Emory University Hospital as a neurocritical fellow.

The couple honeymooned in Taiwan and currently reside in Decatur, GA.