Anglers anxious to get their hooks into local rivers, ponds 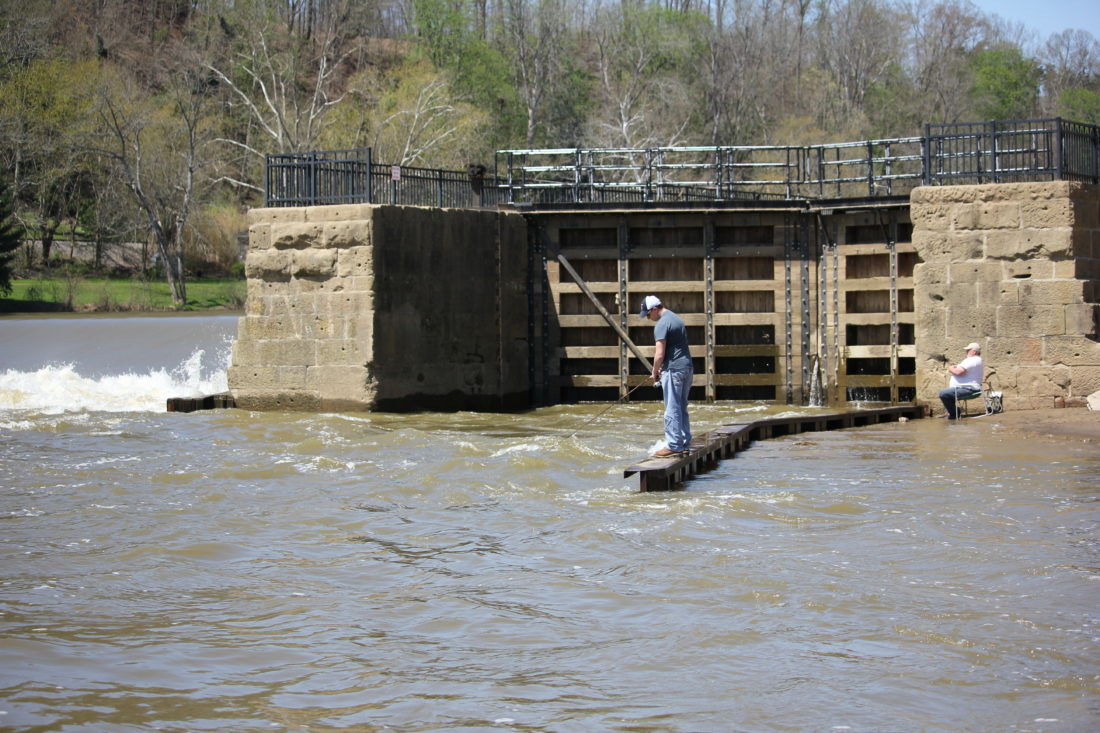 Anglers are getting ready for another warm season on the water as tournaments are scheduled and spots scouted.

But depending on where and when one casts their line, different fish are apt to bite.

Casto said he can’t remember when he first started fishing, it’s a pastime he has had for as long as he can remember.

“It’s very relaxing, and the tournaments are fun, they’re all over the place around here from Belpre to McConnelsville, to Marietta and St. Marys, W. Va.,” he added. “This early in the year you’re seeing more walleye, sauger, white bass and crappie, though.”

Casto said around mid-May he begins to fish in earnest, heading out onto the bigger rivers at night for catfish.

“Catfish are nocturnal, so though you can catch them at any point, they’re more active at night,” he explained. “That’s why you see a lot of overnight catfish tournaments.”

“We’re in the Belleville Pool here south of Willow Island,” he explained. “Largemouth bass are usually south of Parkersburg while smallmouth bass are north. The farther north the better. Then, of course, Kentucky spotted bass are really north or south.”

But Mitchem doesn’t only fish in the major waterways.

“The Little Kanawa River is typically a largemouth bass river, and the feeder creeks north of Marietta are known to hold (muskellunge) and from Reno down to the Muskingum River people can catch Walleye,” he noted. “And you can find catfish really anywhere dam to dam.”

He also pointed to the Little Hocking and Hocking rivers for largemouth bass and crappies in the backwater creeks and streams.

“And up the Muskingum River a lot of people will catch hybrid-striped (bass) and walleye,” Mitchem added. “Even up at Lowell and Beverly, they have a good number of walleye and sauger.”

Casto said he first stops in the smaller ponds before heading out onto the rivers.

“I have fun catching my bait in the ponds… the smaller fish like the calmer waters, the bigger ones like the faster-moving water,” he explained. “But it also depends on what you’re trying to catch and if you have the right weights and lures. In the fast water, you want weight in your lure or a sinker but you can go lighter in a pond because it’s not moving around.”

Both Casto and fellow angler Dave Smith, 75, who was also fishing across the street from his home at Devols Dam Monday, said there’s a certain excitement in fishing that’s worth the delayed gratification.

“It’s a good hobby to get your kids into these days,” said Casto. “Anything outdoors really. It’s fun taking new people and watching them catch their first fish. You see how excited they are. When my daughter caught her first fish she was so excited. She caught a bluegill and a freshwater drum.”

Smith said the hobby is inexpensive entertainment and a way to enjoy time with friends.

“I have a lot of friends that fish so it’s that social camaraderie,” he said. “As soon as I could walk I was fishing. But if somebody wants to get into it get close and copy the styles of other fishers. It pays off when you catch one, it’s exciting.”

If an angler is willing to travel there are also opportunities for large fish in Lake Logan in Hocking County, including black bass, according to the Ohio Department of Natural Resources. Crappie can also be found in Lake Rupert in Vinton County, and Seneca Lake in Noble County is one of the few places in the state where one can catch all three species of catfish.

*For a map of these locations visit bit.ly/FishingWashingtonCounty.