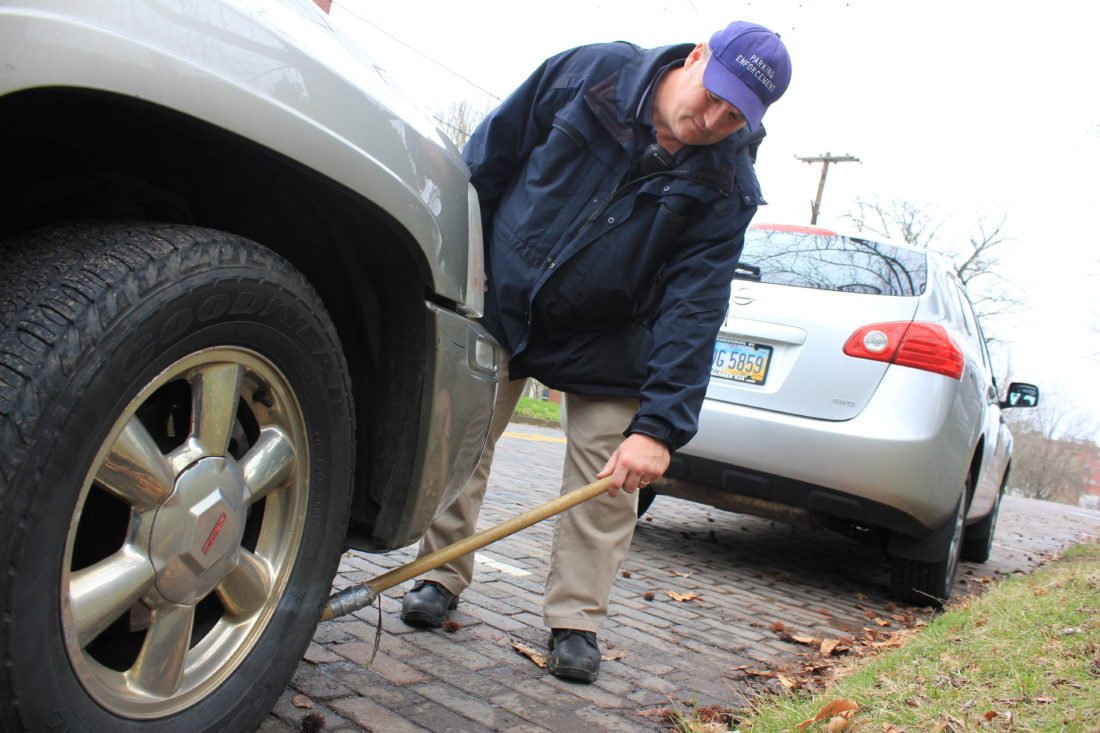 The U.S. Court of Appeals for the sixth district ruled Monday that chalking vehicles to determine parking time limit compliance is unconstitutional.

The district court’s opinion was founded on the appeal of Alison Taylor, of Michigan, who sued the city of Saginaw in 2017, alleging that chalking violated her Fourth Amendment right to be free from unreasonable search.

Taylor argued that the city’s practice of marking tires without her consent or a valid search warrant was a violation of the constitutional right.

And while a lower district court previously ruled in favor of Saginaw, stating the search was reasonable because of a lesser expectation of privacy in automobiles and argued that the search was subject to a community caretaker exception to the warrant requirement, the federal court disagreed.

“This physical intrusion (chalking) regardless of how slight, constitutes common-law trespass,” ruled the court. “This is so even though no damage is done at all…Despite the low-tech nature of the investigative technique, the chalk marks clearly provided information.”

The court described in its opinion that without probable cause to believe the vehicle contains evidence of a crime, governmental entities cannot justify the automobile exception to warrant requirements for search and that the city could not argue the chalking was to protect the safety of the community.

“To the contrary, at the time of the search, Taylor’s vehicle was lawfully parked in a proper parking location, imposing no safety risk whatsoever,” ruled the court. “Because the purpose of chalking is to raise revenue and not to mitigate public hazard, (Saginaw) was not acting in its role as a community caretaker.”

Hupp said while Marietta will comply with the ruling and no longer use chalk to determine parking time non-compliance, that doesn’t mean motorists won’t still see tickets for overstaying their occupancy in a timed space.

“There are a variety of resolutions we’ll now be looking at, we’ll comply with the law, but the chalk is just a tool for enforcement,” he explained. “If that’s unconstitutional, we’ll stop, but we’ll probably have to entertain a vendor track for digital tracking instead.”

Hupp said the timing restrictions are founded on turnover for access to downtown businesses during the daytime, in front of city hall and other areas where drop-off and pick-up are time-sensitive.

“Most places downtown that time limit is two hours, with a few specialized 20-minute spots,” he said. “Then 72 hours is pretty much everywhere else in town.”

Delivery driver Adam Schilling was surprised to hear the ruling Tuesday, saying he’s been subject to a few $20 tickets recently when making deliveries while parked in 20-minute limit spots.

“I try to never be in those more than 15 minutes, but I catch those tickets, too,” he said. “But the fines aren’t as bad as parking in a handicap spot or in front of a fire hydrant.”

Charlie Clay, owner of Dad’s Primitive Workbench on Front Street, said he thinks parking is only a concern when shop owners take up spaces intended for customers, but that the beauty of downtown is how walkable the area is between lots and shops.

“If people can find parking for event nights, then they can find one to shop,” he said. “We are blessed with a parking lot right across the street and down by The Cook’s Shop. You might not be able to park right in front of the store you’re headed to, but that’s the best part–you might discover a store you didn’t see before on your walk, or get to enjoy how beautiful our downtown is.”

• The changes in policy follow a federal court ruling this week against the city of Saginaw, Mich. after the court found that chalking vehicles is unconstitutional.