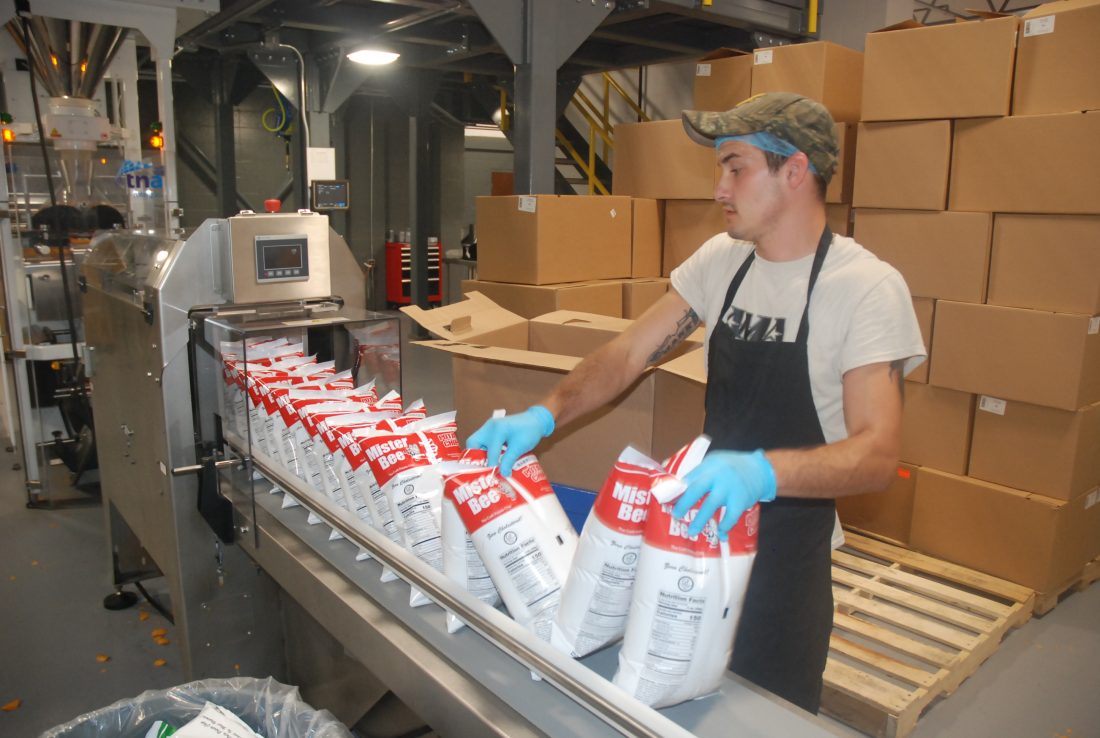 Mister Bee employee Braden Hewitt loads bags of Barbeque chips from a collator into a box.

PARKERSBURG — Mister Bee potato chips have been made in Parkersburg for nearly 70 years, but today the process is more efficient than ever.

Production was suspended for more than two months while the new equipment — including a potato peeler, slicer, an overhauled fryer and a catwalk — was installed, although Mister Bee built up inventory in advance to cover that gap.

Mister Bee utilizes approximately 45,000 pounds of potatoes a day, the same amount they went through in three days with the previous equipment. The potatoes are purchased from Florida, Michigan, Missouri and Wisconsin, Ketelsen said. 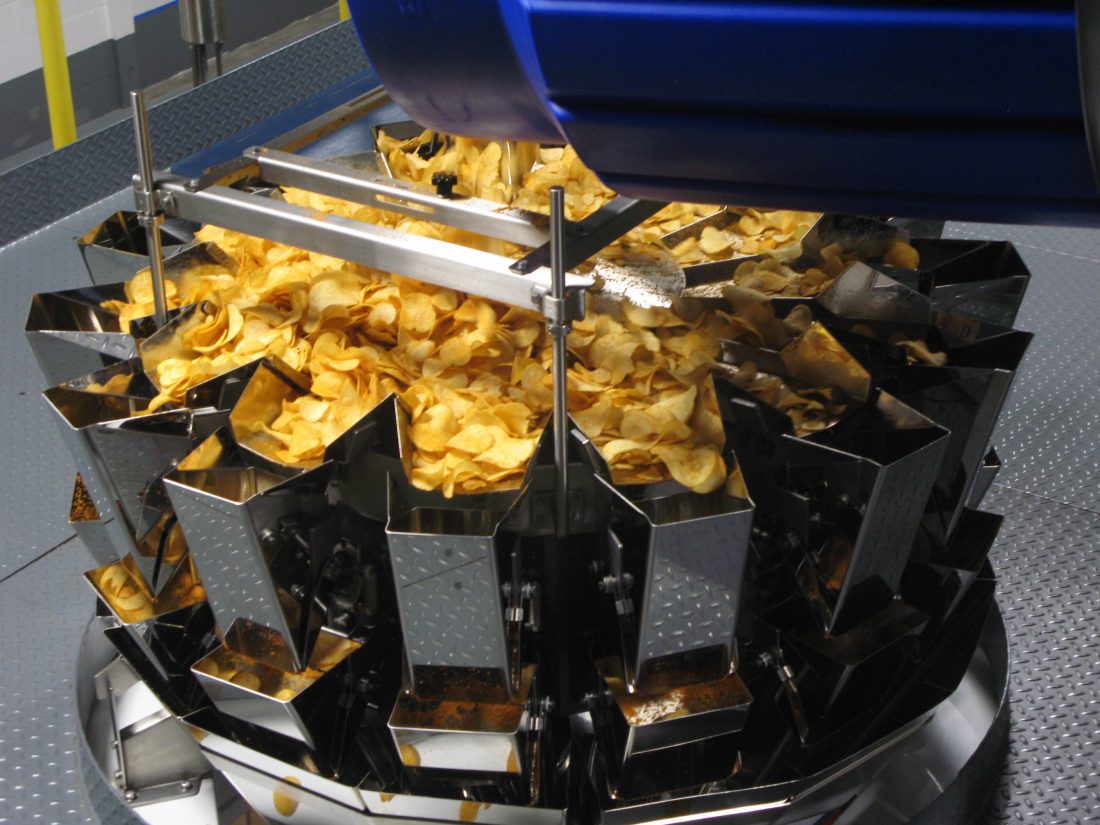 Ketelsen said she’s working to expand the company’s customer base “trying to get Mister Bee’s good name back” after a series of challenges over the years, including filing for bankruptcy in 2011 and a fire in 2013. She purchased the company in 2015 and took over day-to-day operations in May 2018.

Along the way, Ketelsen worked a variety of jobs in the production area to learn the business from the ground up.

“I didn’t want to be the kind of person that bought this business and really didn’t know anything about it,” she said.

Recently, she and sales manager Rob Graham shared a behind-the-scenes look at the process with West Virginia Secretary of Commerce Ed Gaunch and The Parkersburg News and Sentinel.

Mister Bee employs approximately 30 people, about evenly split between production workers, route drivers and administration. The production staff generally works about 30 hours a week, although Ketelsen has said as business increases she would like to get them more hours. 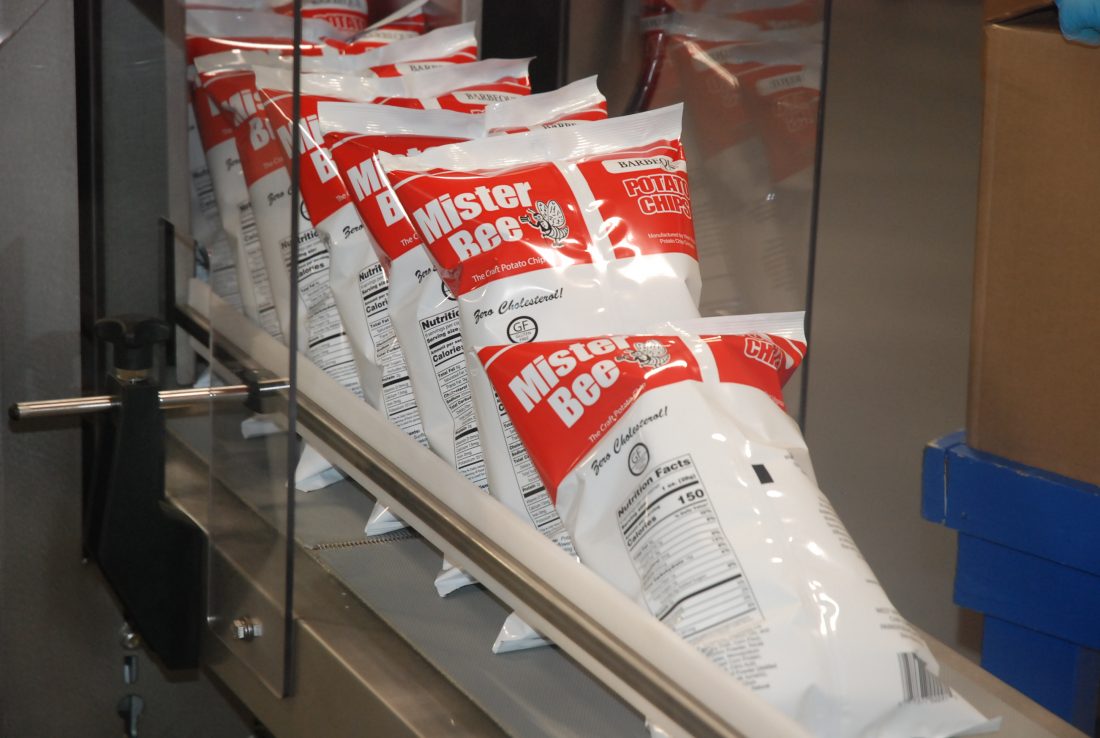 Mister Bee co-packages chips for five other companies, including one that has them making a line of cheese-flavored chips to serve with wine.

“All the local people here have no idea what we do down here,” Graham said. 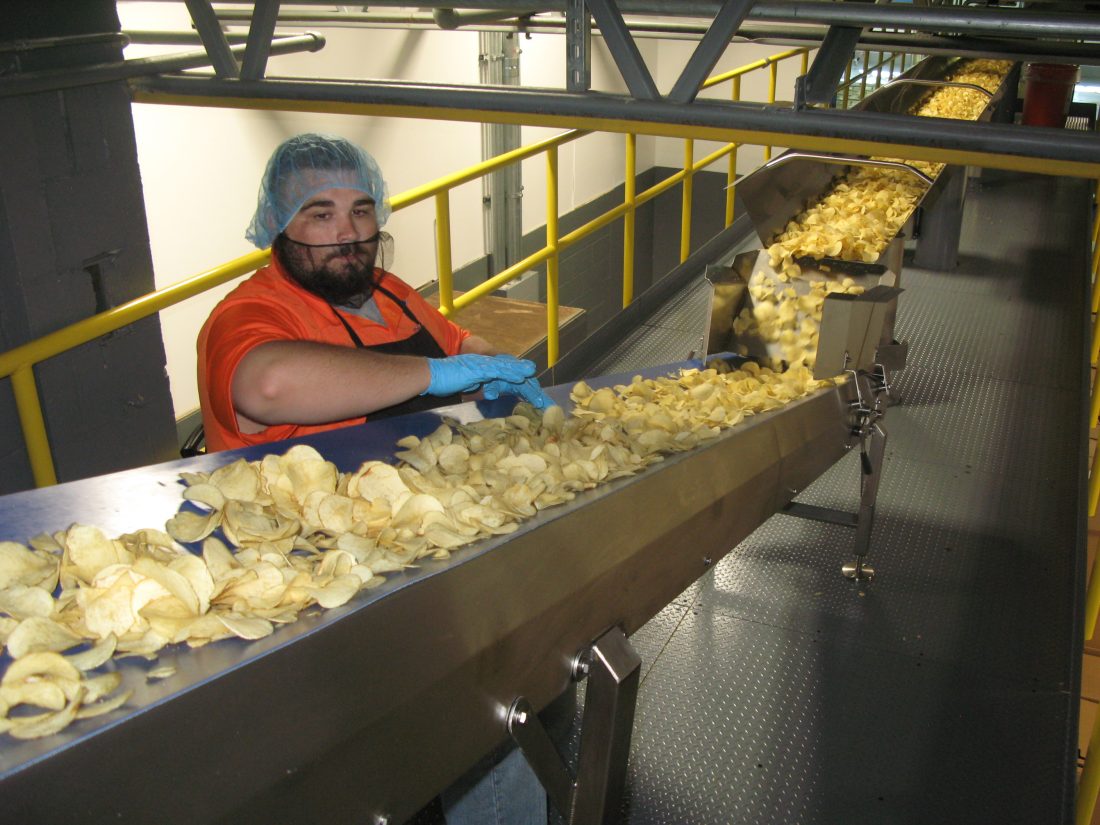 1. Three to four thousand pounds of potato are placed in a hopper, from which they drop into a peeler.

2. The peeled potatoes roll onto a conveyor belt where an employee checks them to make sure the peels have been completely removed, removes green spots and cuts larger potatoes down so they’ll fit in the slicer.

3. After being cut up in the slicer, the raw potato chips go through a bath to remove excess starch.

4. They ascend on another conveyor belt and are rinsed, then pass under an air blower to remove as much excess water as possible before they reach the oil in the fryer.

5. Chips emerge from the fryer and onto a series of conveyor belts that carry them to a rotating circuit of buckets. 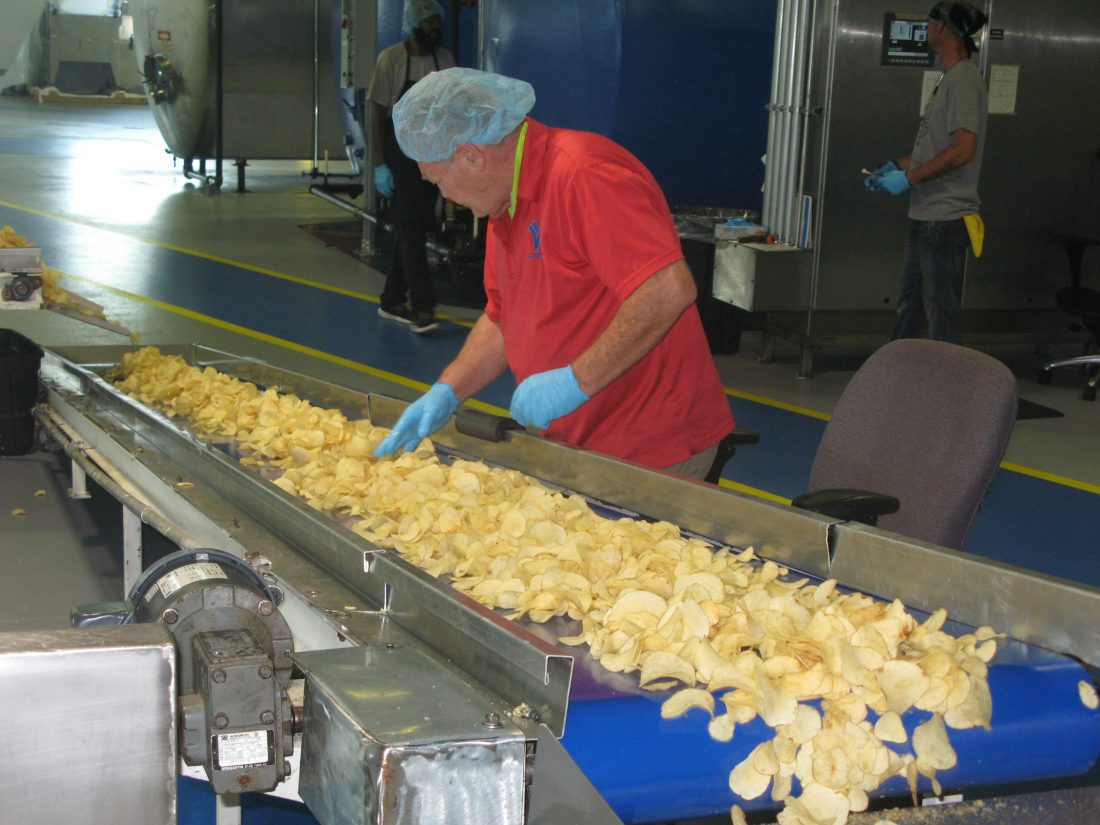 6. The buckets carry the chips to an upper level where they will be seasoned.

7. On both the lower and upper levels, an employee inspects the chips, looking for and removing those that are burnt, green or discolored, as well as any larger potato pieces that might have made it through.

8. The chips go through rotating drums where they are seasoned with the flavors being manufactured that day.

9. The chips move from the drums to scales that dispense them into receptacles that measure and drop the correct weight of chips into a series of chutes and the waiting bags below.

10. The bags are automatically sealed and sent to employees who place them in boxes.

Mister Bee employee Braden Hewitt loads bags of Barbeque chips from a collator into a box. 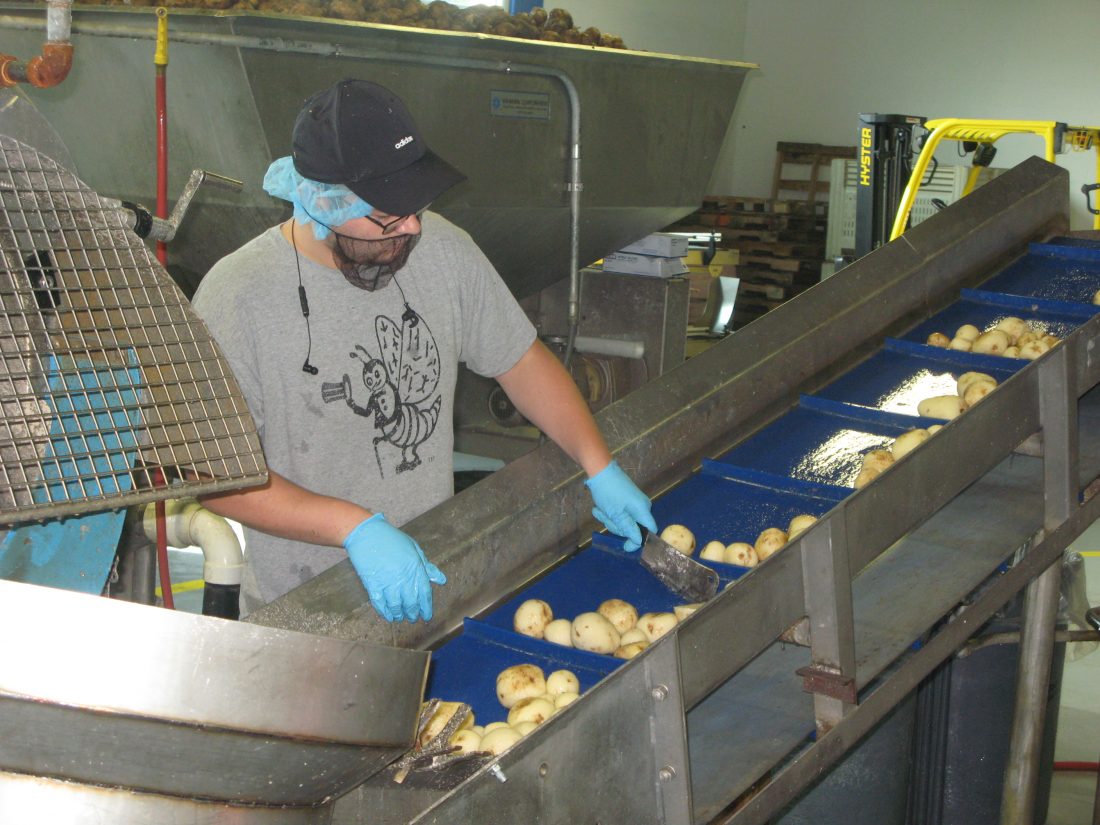