With two prospective bills before legislators in Washington D.C. and a separate vote by the Federal Communications Commission planned next week on auction rules, odds are pointing in favor of expanded internet service in rural America.

Federal representatives from Michigan, North Carolina and Ohio are pushing for the release of funds for rural broadband early this year without the previously planned October auction for 33,080 census tracts across the nation.

U.S. Rep. Fred Upton, R-Michigan, and House Majority Whip James E. Clyburn, D-South Carolina, (and father of former FCC Commissioner Mignon Clyburn who visited Marietta in July of 2017) introduced the Rural Broadband Acceleration Act on May 28 to direct the FCC to accelerate the deployment of funds to bidders in the upcoming Rural Digital Opportunity Fund (RDOF). Those funds would be used to commit to: 1) build a gigabit tier broadband network; 2) begin construction within six months of receiving funding; and 3) provide internet service within a year.

“A lot of problems that we’ve had is that service providers get money from the federal government and make promises to build out and they never get there, they never quite get there and then the money is gone,” explained Johnson. “This is designed to stop some of that. And of course there’s some money in there to improve the mapping analysis of third party data, site-specific testing… to get more accurate maps of where high-speed internet exists.”

Johnson explained Wednesday that his bill has not yet been discussed in committee after introduction in April but if passed could allocate $100 million each year for five years to the expansion of broadband in rural areas of the nation.

According to the Federal Communications Commission, 12 of Washington County’s 16 census tracts were eligible for the originally planned October auction for Phase I of the Rural Digital Opportunity Fund.

According to Johnson, a vote on the rules for the auction process is expected to take place Tuesday between FCC commissioners.

Johnson said he’s not hopeful for an acceleration because many working on the federal funding teams out of the nation’s capital are still working from home due to coronavirus.

However, if the same tracts which were eligible for the auction are eligible for an accelerated release of the RDOF dollars this summer under the Rural Broadband Acceleration Act, the local broadband cooperative may have fewer hurdles to begin spending the federal funds and providing internet access.

“That’s encouraging if they accelerate and take away that reverse auction, that could speed things up really quickly,” said David Brown, of Lowell, Wednesday during the Southeast Ohio Broadband Cooperative’s first official in-person meeting for its interim board of directors since the cooperative incorporated in April.

Brown explained that by taking away the auction requirement, any business, qualified nonprofit or utility cooperative that can prove to the FCC by application that it is able to begin spending federal funds and start providing high-speed service may simply be given the federal funds designated per census tract.

“The reason it’s not profitable for infrastructure builders is that technical support for internet service on the ground, the installation and going from house to house,” explained Booth.

The cooperative plans to partner with infrastructure builders that already have fiberoptic lines running and underutilized throughout southeast Ohio and provide what’s called “last mile” connections.

“The broadband co-op is the (internet service provider), we do in some cases not even last mile, it’s last foot. They run it to the house and we take it on from there,” said Brown.

And where running fiberoptic cable would prove too costly initially, adding wireless tower infrastructure in strategic locations would also be the role of the cooperative.

“There’s going to be places that (cable) is not going to be to where it’s not cost-effective but we can provide quality internet speed and reliability through wireless,” said Booth.

In the case of wireless, all that is needed to connect a home is a direct line of sight to the tower (which may be a nearby water tank, fire/emergency service tower, old radio tower or be disguised as a tree).

Between the six counties, 38 out of 48 census tracts were eligible for the originally planned auction, according to the FCC.

Cooperative ownership of such a nonprofit lowers the overhead of a utility company thereby allowing for more palatable payment rates for consumers in rural areas.

The interim board of directors for SOBC includes Brown, Peg Bailey and Jamie Booth, who met Wednesday at Brown’s home to discuss bylaws and the potential for an accelerated timeline to apply for federal funding and review partnership options with the Appalachian Regional Commission, Southeast Ohio Legal Services and other technology and manufacturing companies looking to invest in the rural deployment of higher speed internet.

The board approved the following actions:

2. Upon legal review, submit bylaws with a $600 fee to the Internal Revenue Service for the 1024 application filing for tax exemption.

Each of the founding board members agreed Wednesday to loan the cooperative $200 to pay for the filing and to be paid back with zero interest within six months.

This application, if successful, may require state and local leveraged matching funds to allow for investment by the end of 2020.

If grant programs through the state and ARC do not come through, loan options also exist with the U.S. Department of Agriculture and the federal Small Business Association, according to Brown and Booth.

Johnson also encouraged the cooperative Thursday to look into grants offered by the USDA and partnerships with local electric cooperatives for partnering infrastructure projects, noting that both the Memorial Health System and another entity in Lisbon recently received grants through the federal program related to connectivity.

5. Complete contract with HJC Transport for property transfer of a tech-support van; cost $2,000.

If the accelerated application is successful, Booth said he is hopeful to cover 130 to 390 households in Washington County with high-speed internet service by the end of 2020.

“But we have to do it in tiers,” added Bailey. “We want to take the time to do it right and prove to the members that they can trust this like the electric co-op, to be worth it.”

Both Brown and Johnson also focused comments on the need for faster internet speeds for downloading and uploading content, noting that the federal minimum standard of 25 megabits per second download and 3 megabits per second upload is not met currently in much of Appalachia where standard service is closer to 10 megabits of download speed.

“Today’s digital world, you can’t get acceptable service when you’ve got 10 megabits download capability and one megabit upload capability which is what some service providers are bragging that they’re providing,” said Johnson. “Here in eastern and southeastern Ohio we’re racing on a dirt track and everybody else is at Daytona.”

Johnson said the federal minimum standard would still leave Appalachian communities behind the curve of 5-gigabyte service that much of the urban areas of the world are pushing forward.

• The Southeast Ohio Broadband Cooperative incorporated as a nonprofit on April 3.

• The interim board of directors includes David Brown, Peg Bailey and Jamie Booth.

• The nonprofit’s interim board of directors held their first in-person meeting Wednesday and approved actions concerning legal counsel bylaw review, asset acquisition and the intended goal for the parallel deployment of a hybrid service.

2. Wired broadband access where available through existing infrastructure in year one.

3. Development of partnerships to add fiberoptic infrastructure as parallel waterline, projects roll out in three to five years.

•Monroe: all four of the county’s tracts.

•Noble: all three of the county’s tracts.

•Morgan: all four of the county’s tracts.

•Meigs: four of the six tracts.

• HR 6456: “Serving Rural America Act” referred to the Committee on Energy and Commerce.

• HR 7022: “Rural Broadband Acceleration Act” referred to the Committee on Energy and Commerce. 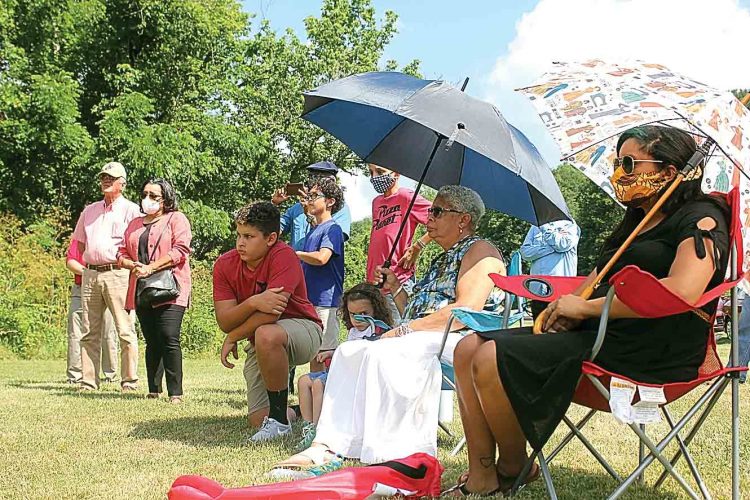 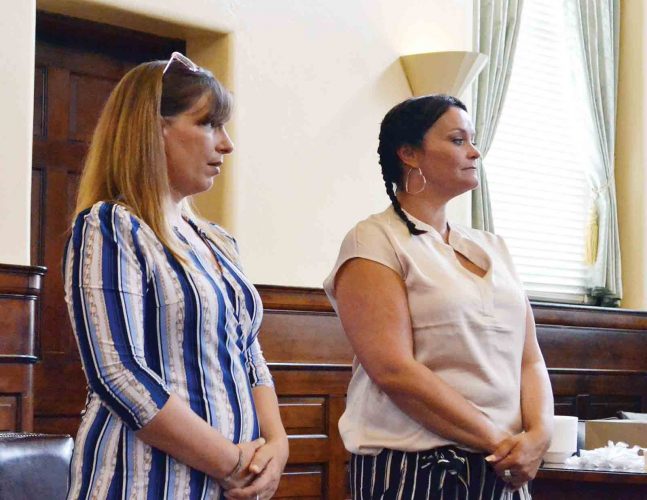 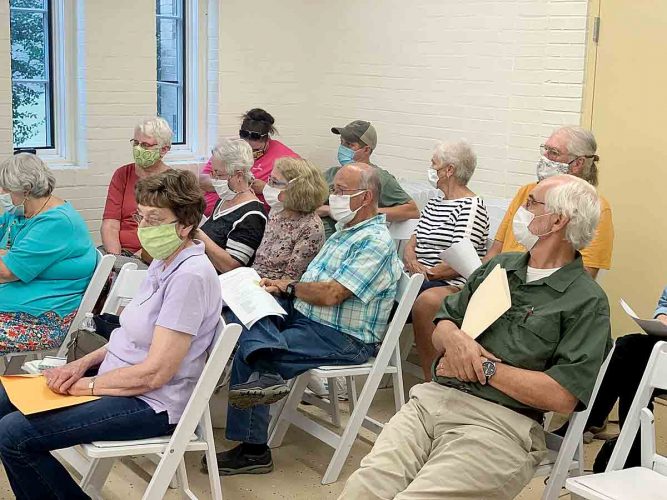 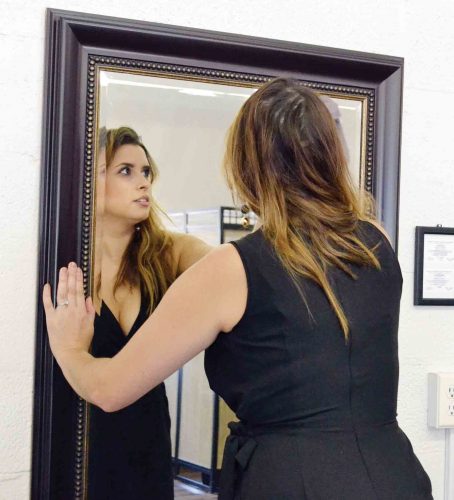