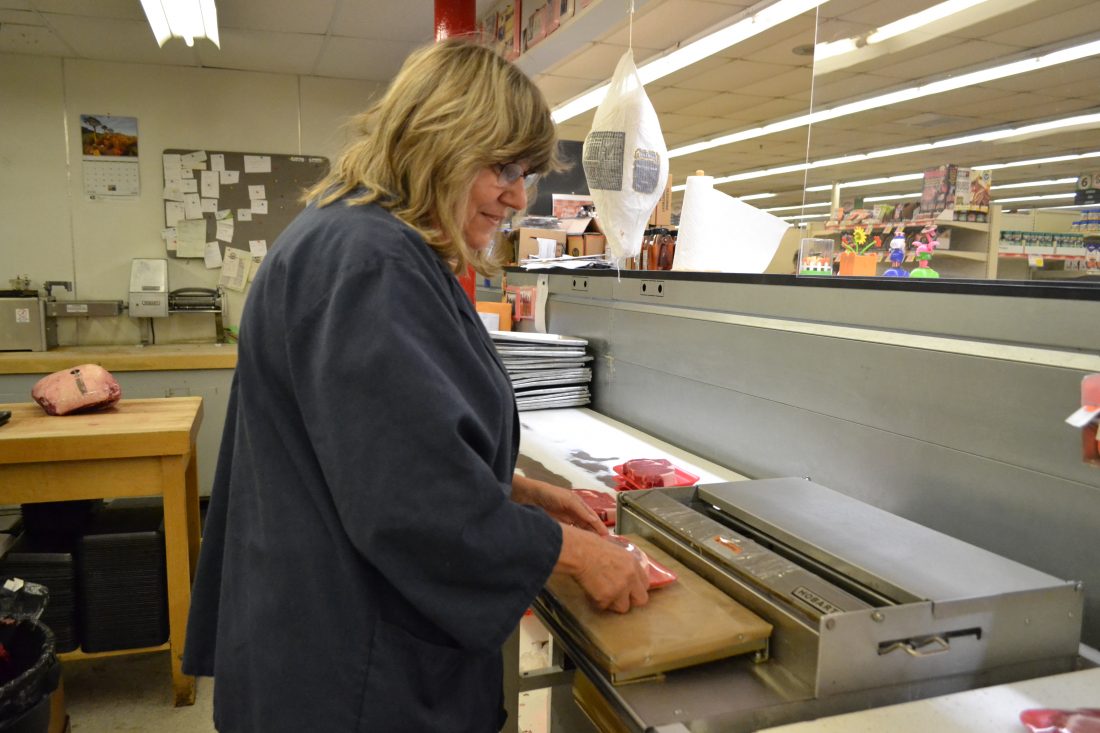 Photo by Michele Newbanks Melody Tucker rings up a loaf of bread for co-worker Bruce Burns on Friday, her last day at Sponey’s IGA in Beverly.

BEVERLY – Two long-time employees retired Friday from Sponey’s IGA in Beverly after a combined 90 years with the store.

Moore, 65, of Waterford, started as a cashier and worked her way to the meat department.

She said she started working there because it was close to home.

“I could get my kids back and forth to school,” she said 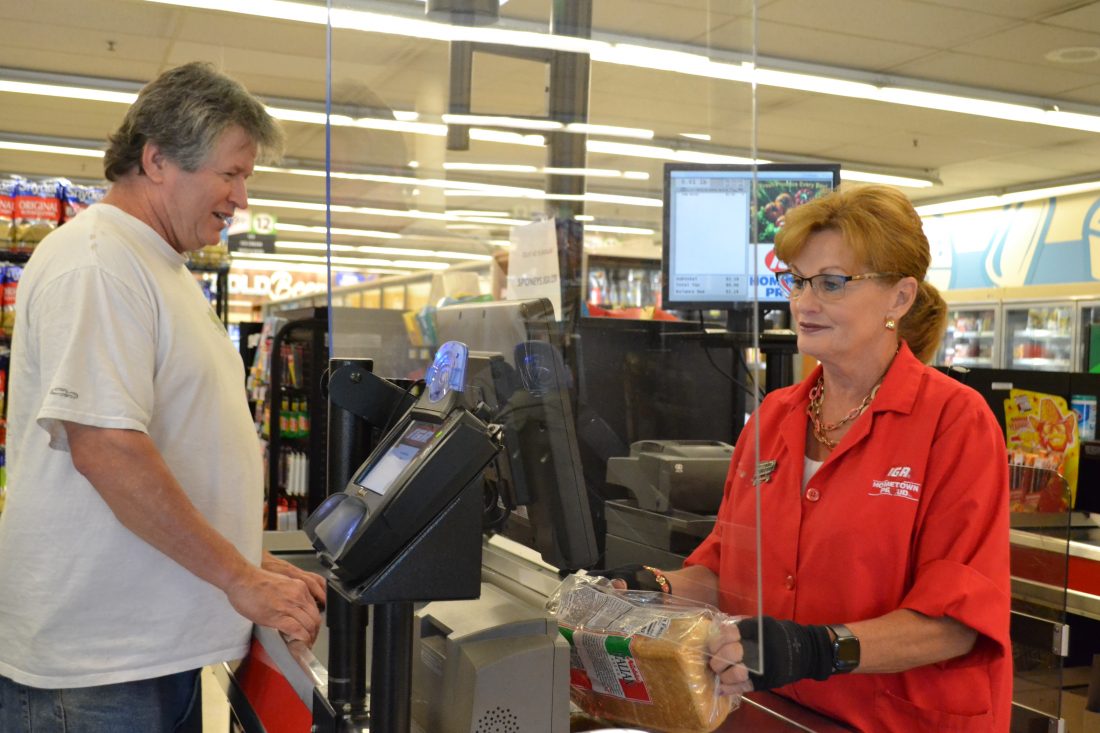 Photo by Michele Newbanks Melody Tucker rings up a loaf of bread for co-worker Bruce Burns on Friday, her last day at Sponey's IGA in Beverly.

Tucker, 63, of Beverly, went to work at Sponey’s for the same reasons. She was cashier and worked in frozen foods.

“I had two sons who went to Waterford High. It was close to work,” she explained. “My sister-in-law asked if I could come in and help as it was Christmastime, and I never left.”

Over the years, they went through three or four store renovations and multiple generations of the owners, the Spindlers.

“We both worked here through four generations of Spindlers,” Moore said. “Now it’s Matt and Brian.”

As for what they’ll do with extra time on their hands, they have plans with their grandchildren.

Moore said she has three grandchildren and would like to go to different festivals with them…once festivals are held again.

“I tell people I’ll do anything I want,” Tucker said with a laugh. “I have five grandchildren and I want to spend lots of time with them.”

“I couldn’t ask for more reliable or harder workers,” he said. “They’ve shown more dedication over the years than we’ll ever see again. I can’t thank them enough for their service.”

They said interacting with people was the best part of the job.

“Just a lot of great customers. We work with good people,” Tucker said.

“That goes for both of us,” Moore added.

It’s seeing the people that Tucker will also miss the most.

“Some are like clockwork. You know when they are coming in,” Tucker said. “Some you see three times a day for each meal.”

• Together, they have served Sponey’s for more than 90 years. 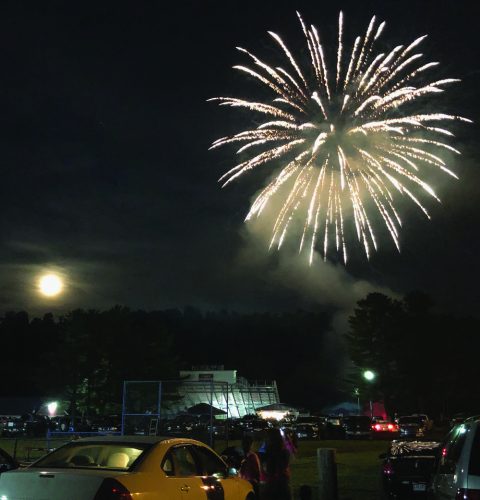