Tigers and Lions on the pitch Saturday night, oh, my

Late in Marietta High’s match against Zanesville High, the 6-foot, 175-pound senior lined up to boot a corner kick from the left side. Usually, co-captain Jake Craven takes the CKs, but he was rested with 17:38 left in the match and the Tigers up 7-0.

With both the MHS and ZHS teams positioned in the goal mouth and penalty box, Fournier approached the ball from a little angle and right-footed it. The next thing everybody knew, the ball swerved low to the ground untouched and inside the far right post for a goal.

Shortly after scoring, Fournier was subbed for and as he jogged off the pitch, he had this huge grin on his face. He no doubt couldn’t believe that his corner kick had actually gone in the goal. I mean, the angle of difficulty was so difficult.

Too bad WTAP-TV wasn’t there to film the goal.

Standing next to MHS head coach Todd Morris, I kiddingly said to him, “Geez, Todd, he makes a highlight film goal, and then you bench him?”

Morris just smiled and replied, “He was due to come off.”

That’s one of the nice things about a lopsided match: Just about everybody gets playing time — on both sides. After high-scoring Ryan Mannix got his fifth goal against the Blue Devils, he was “rested” with about 25 minutes remaining in the contest.

Thing is, probably not everybody on the roster is going to see action when Marietta hosts the Jay Scott-coached Bexley Lions in a non-conference tilt at 7 p.m. Saturday night. The unbeaten Tigers are ninth-ranked in the OSSCA Division II State Poll with a 10-0-1 overall record and would no doubt like to make a statement against the Columbus-area team.

The Tigers and Lions are no strangers to each other on the pitch, having faced each other in the postseason.

Unranked Bexley is led by senior co-captains’ Miles Goldman and Ben Ziegler. A couple of other Lions to keep an eye on will be freshman winger Liam Kauffman and junior striker Charlie Breyfogle.

Look for Ziegler to be between the pipes and Goldman as an attacker.

Also in action on the pitch Saturday afternoon at 1 p.m. at Jerry Brock Field will be the Jeff Price-coached Marietta girls. Undefeated MHS, 15th-ranked in the OSSCA Division I State Poll with an 11-0 overall mark, will be facing Minford.

The Tigers are coming off a 3-2 triumph at Zanesville Tuesday.

Marietta is led by the high-scoring Courtney Schuck and sophomore defender Payton Mullen. The senior co-caps are Maria Pfaff and Sam Zumwalde. Look for sophomore Jocelyn Rings to be between the pipes.

Should be an exciting Saturday of prep soccer at JBF. Be there or be square.

As the fourth-quarter clock wound down in Fort Frye’s 49-31 regional triumph over second-ranked Portsmouth Notre ...

Sheba was soft to the touch. With a distinguishing black left eye patch, she was beautiful, so very ... 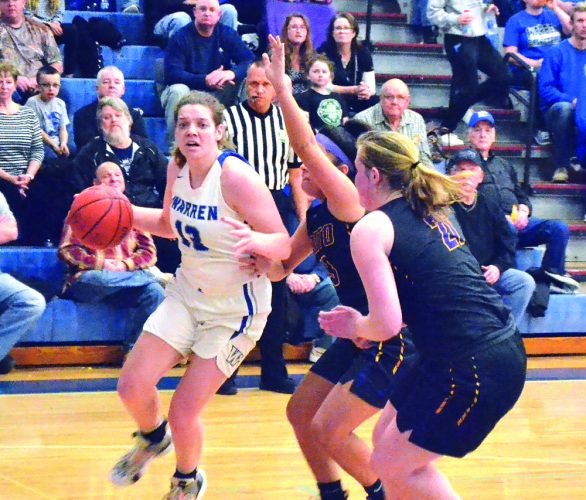