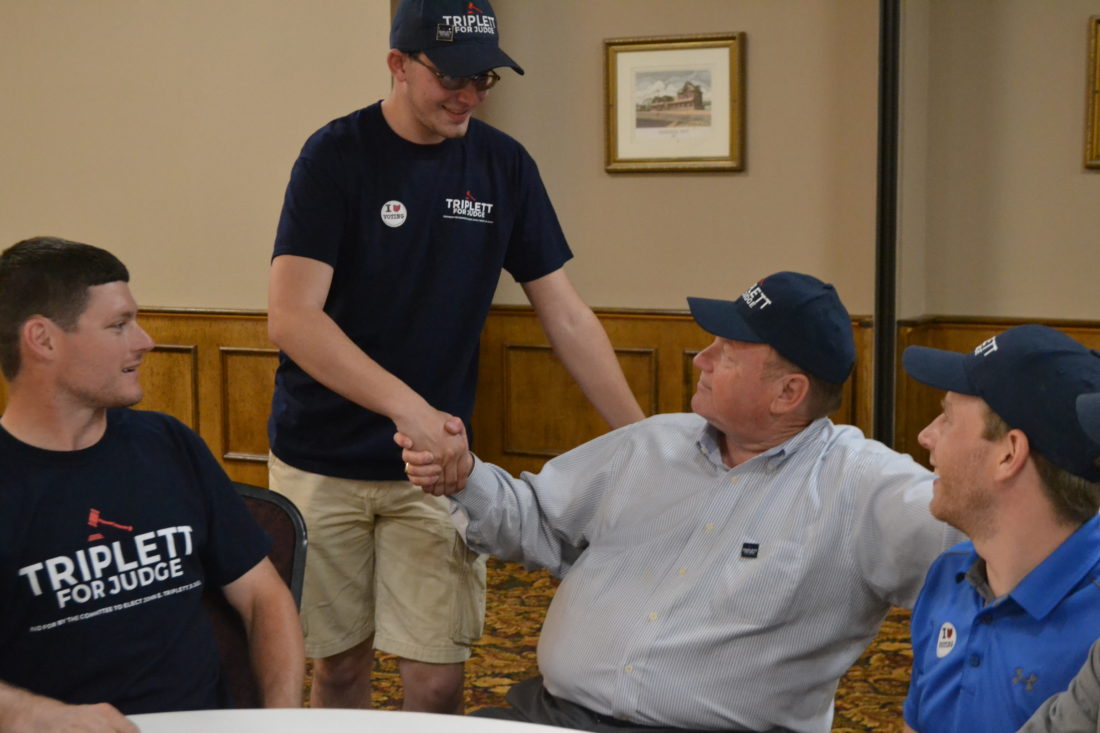 The Republican primary for Washington County Common Pleas Judge was a very tight race from the moment the polls closed Tuesday evening.

The eventual winner was John Triplett, who earned 3,467 of the Republican votes to John Halliday’s 3,311. There were a total of 7,179 Republican ballots filed out of 12,780 registered Republicans in the county.

“It was a good race, we both ran a great race,” said Halliday, 50, as he watched the returns come in at the board of elections. “I will be calling to congratulate John and give him my full support.”

Halliday previously ran for common pleas judge in 2006 and 2016 and said he still has aspirations to run in the future.

“I still think I could be a wonderful judge for this county and I have a lot of years left,” he said.

For Triplett, the key to winning the primary, he said, was hard work and experience.

“It was a real team effort and I had a lot of people who worked really hard and told their friends,” he said.

Triplett, 58, is an NRA pistol instructor, certified with OPATA (Ohio Peace Officer Training Academy) and is an adjunct at Ohio Valley University teaching evidence in the forensic accounting program. He has been a partner at Theisen Brock since 1992. He credits his military experience as something that resonated with voters.

For the November General Election, Triplett will face Democrat Shoshanna Brooker who earned 2,294 of the 2,989 ballots cast in the Democratic primary, with no opponents. There are 5,082 registered Democratic voters in the county.

Brooker, 42, of Fleming, ran for common pleas judge in 2016 and is currently the Common Please Court Magistrate.