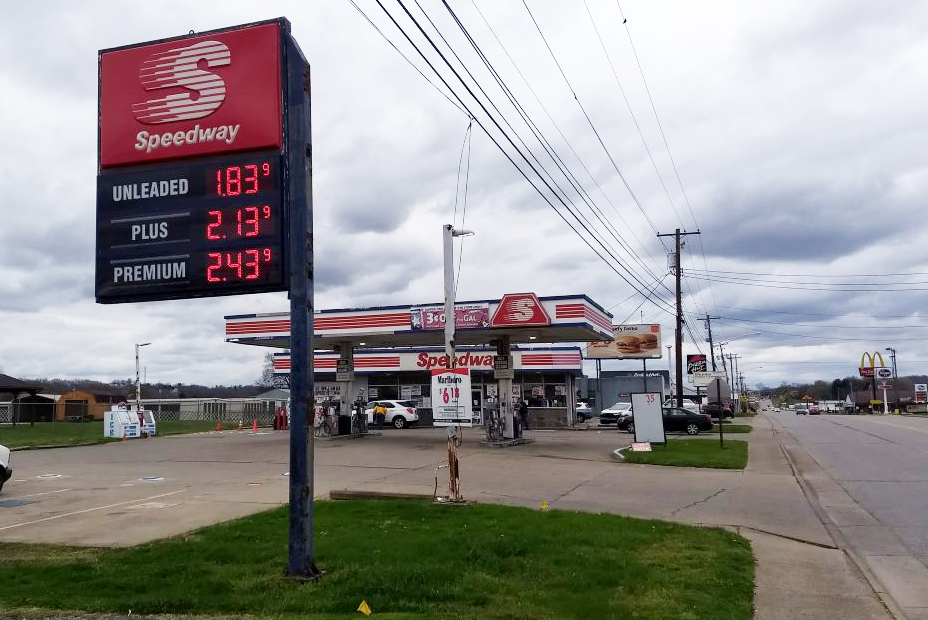 Gasoline prices continue to fall as residents stay home as part of a nationwide quarantine effort.

The national average is now below $2 a gallon.

But analysts say the current situation has only sped up a drop in prices due to low demand for crude oil.

In Ohio, Gov. Mike DeWine has issued a stay-at-home order, asking residents to only go to the store for food, medicine and essential supplies.

A similar order was issued in West Virginia by Gov. Jim Justice. Both states have closed non-essential businesses, many state agencies and severely limited gatherings to slow or stop the spread of COVID-19.

Allison Mack, a petroleum analyst for GasBuddy, said two major factors are at work on the dropping prices.

“The biggest determining factor as to what gasoline prices are going to be is oil prices,” she said. “In mid-February, the price of oil already started to drop.”

“The world demand for oil has plummeted,” she said. “That is the main reason we are seeing gasoline prices drop.”

Those falling prices, however, have been exacerbated by fewer people on the roads.

“There are so many states telling people not to leave your house unless you absolutely have to,” she said. “That plays a factor as well, absolutely. You’re not driving, I’m not driving, we’re using very little. That is pushing the price down.”

Mack said GasBuddy, which uses user-entered information to follow gasoline prices around the country, has seen such a dramatic drop in prices the app sometimes believed the numbers were in error. A gasoline station in Cleveland recently dropped its price to 99 cents a gallon, something GasBuddy has seen at other locations around the country with similar drops.

“This is the new norm,” Mack said.

Mack said while gas stations remain essential services, those prices will continue to drop as fewer people fill up. In Belpre, prices Tuesday averaged around $1.80 a gallon. In Marietta, it’s $1.99.

“If nothing changes … our firm prediction is we will see another 25 cents per gallon drop in the next two weeks,” she said.

“As pump prices continue to plummet across the country, prices in Northern West Virginia are ending March a whopping 42 cents cheaper than at the beginning of the month,” according to the AAA release.