The Shell disaster: 20 years ago

A simple remembrance will mark the 20 years since a fire and explosion at the former Shell Plant in Belpre where the thoughts are to respectfully remember the three workers who lost their lives and their families, the company said.

An explosion in the K-1 unit of the plant early in the morning on May 27, 1994, shook Belpre, Parkersburg, Vienna and environs and killed three employees: Mike Harris of Reedsville, Ohio, Gary Reed of Williamstown and George Nutter, 50, of Coolville. It happened on a Friday with the Memorial Day weekend ahead.

“On this Memorial Day, 20 years later, we pause to remember those co-workers and their families.” said Kraton CEO Kevin Fogarty “At this time I would like to express our heartfelt gratitude to the hundreds of first responders from area fire departments and other organizations who rushed to our assistance and worked tirelessly during that time period. We would also like to again thank the entire Mid-Ohio Valley for the support they gave us during our time of greatest need.”

The plant, now Kraton Polymers, for the anniversary will fly flags at half-mast and observe a moment of silence at the plant in remembrance of the co-workers who died.

The community 20 years ago immediately backed Shell as signs went up around Belpre offering the community’s support for the company.

“Finally, I want to say again how much the support of the community means to us.” Fogarty said. “We are fortunate to have such good neighbors.”

The explosion and fire were caused by an abnormal chemical reaction in a reactor containing materials used to produce thermoplastic rubber, the company said. Rebar from the K-1 unit reached the plant tank farm and ruptured a styrene tank causing it to burn its contents, the company said.

“For many years our personnel trained along with the community emergency response personnel and area volunteer fire departments to prepare for situations that we had hoped would never happen,” said Scott Oran, Kraton Plant manager.

“Unfortunately, an emergency did happen and we are very grateful for the dedication and professionalism of those who responded on that day” Oran said. “We owe special thanks to all of the many area emergency crews. The first priority of the Belpre Plant has always been the safety of our employees and the community. We have a long history of excellence and will continue to be a facility about which everyone in the area can be proud.”

Among the corrective actions after the event was the installation of a “poly-safety system.” The system, which cost $7 million, is a state of the art, independent, self-monitoring computerized safety system installed in all production lines.

“My pledge to our employees, contractors and the surrounding community is that we have taken the learnings from that fateful day and we are now a safer plant.” Oran said. “It is our pledge to continue to dedicate ourselves to safety and excellence. As always, we strive with the community to make our area an even better place in which we all live and work.”

The system is designed to prevent any process from reaching an unsafe mixture in the reactors, plant spokesman Mike White said.

White worked at the Belpre plant and was the face of Shell during the press briefings.

The community support was a major reason why Shell decided to rebuild the K-1 unit, White said. Investments in the plant continued after Kraton purchased it from Shell.

K-1 cost about $97 million to rebuild, but there’s been ongoing investments to the plant, White said.

“We have spent $27 million on expansion of one of our operating departments, modernization of computerized process control systems in 2007 were around $30 million and a recent addition of a new innovation center was $40 million,” White said. “Conversion of one of the departments to polyisoprene rubber was a $30 million expenditure and we are currently constructing natural gas energy systems at the plant in the amount of $50 million.”

Moreover, since the 1990s, the Belpre Plant has achieved a reduction in air emissions by more than 80 percent, Oran said. A new natural gas energy system will reduce hazardous air pollutants by 96 percent, greenhouse gases by 15 percent and water use by 1.5 million gallons a day, he said.

Investments in the plant have exceeded $275 million since 1994, White said.

“While the dollar investment to companies like Shell and Kraton are significant, you cannot lose sight of what it means for a company to be a welcome neighbor in the community they reside,” said White. “I’m proud to have been a small part of two great companies where it is important to not only do the right thing, but where it is as important to be a welcome, contributing member of the community.” 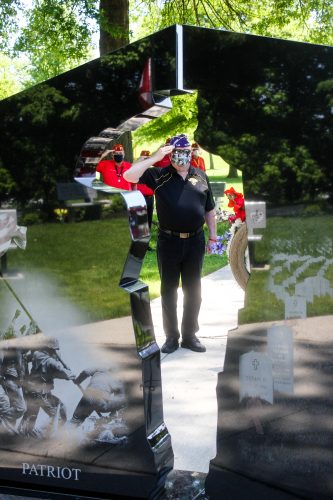 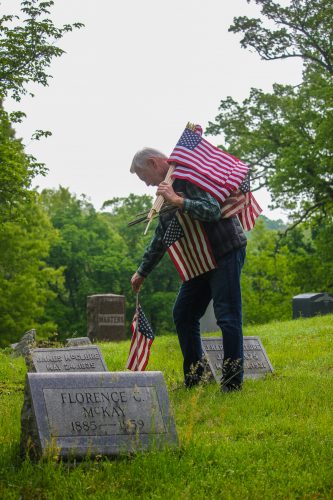